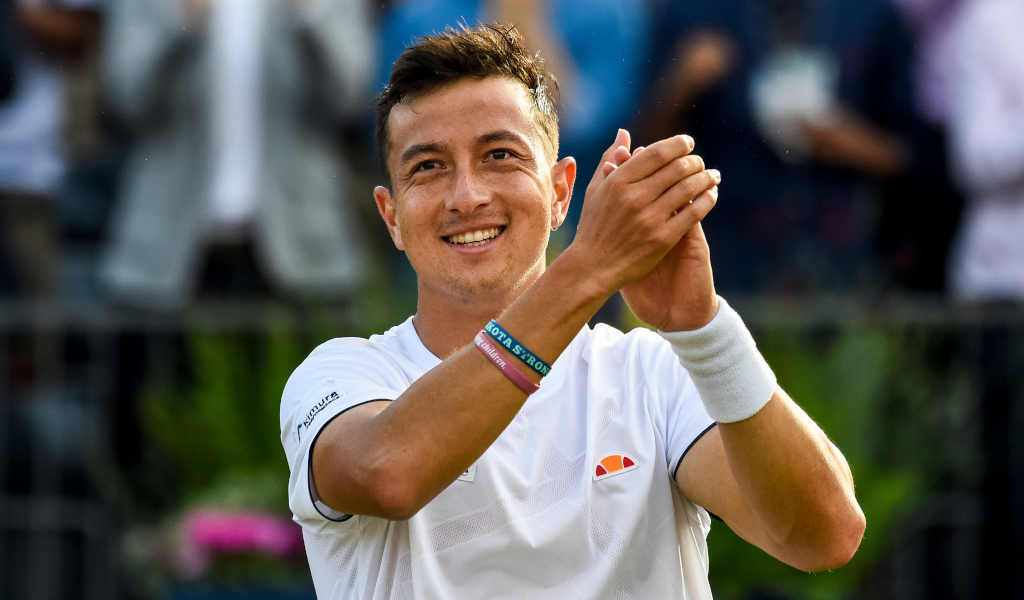 Ryan Peniston is eager to use his raised profile to help others with cancer after being humbled by one social media message in particular over the last week.

The 26-year-old from Southend enjoyed a memorable run to the quarter-finals at Queen’s Club and it was during the cinch Championships that he discovered a wild card entry to Wimbledon had been awarded to him.

British No 7 Peniston failed to qualify for the singles’ competition at the All England Club in 2019 and 2021 but will this year go to SW19 riding on the crest of a wave after reaching the last eight at tournaments in Surbiton and Nottingham.

A new career-best ranking of 146 will be official on Monday and the journey is all the more sweeter for a player who was diagnosed with rhabdomyosarcoma, a soft-tissue cancer, at the age of one. It required surgery and chemotherapy before regular check-ups for years afterwards.

“It has been really nice actually. I have had a lot of nice messages and support from people,” Peniston said ahead of competing at the Rothesay International Eastbourne.

“I took a little time yesterday just to relax and chill out. It is starting to sink in but it has been a really nice couple of days.

“Maybe one message that really stood out was Young Lives vs Cancer, they reposted my story and I really enjoyed that. That was nice.

“That is one of the big things I would like to do in my career, to spread awareness and do what I can to help people going through similar things.”

Good luck to @ryanhpen for @QueensTennis today!
Ryan, who had cancer when he was a child, said about his cancer: “It’s shaped my life a lot. Whenever I have tough times now I think of those times my family went through and it gives me strength.”
Go Ryan, you’ve got our support! https://t.co/p0fD8xv860

Peniston will face teenager Holger Rune – fresh from making the quarter-finals at the French Open – in the first round at Eastbourne in a similar twist of fate to his time in west London where he kicked off a great week with a fine win over Roland Garros runner-up Casper Ruud.

He added: “Obviously Holger is a really good player, like everyone in this tournament, they are all great players.

“It is definitely a good lead-up tournament and another great British grass event to play. I am thankful for the opportunity given to me this week and will hope to capitalise on it.

“Probably three weeks ago I wasn’t that used to playing in front of home crowds but it has been super nice to have British fans there cheering me. I try to use it as a positive.”