‘The atmosphere was unbelievable,’ says Aryna Sabalenka after overcoming nerves at Wimbledon 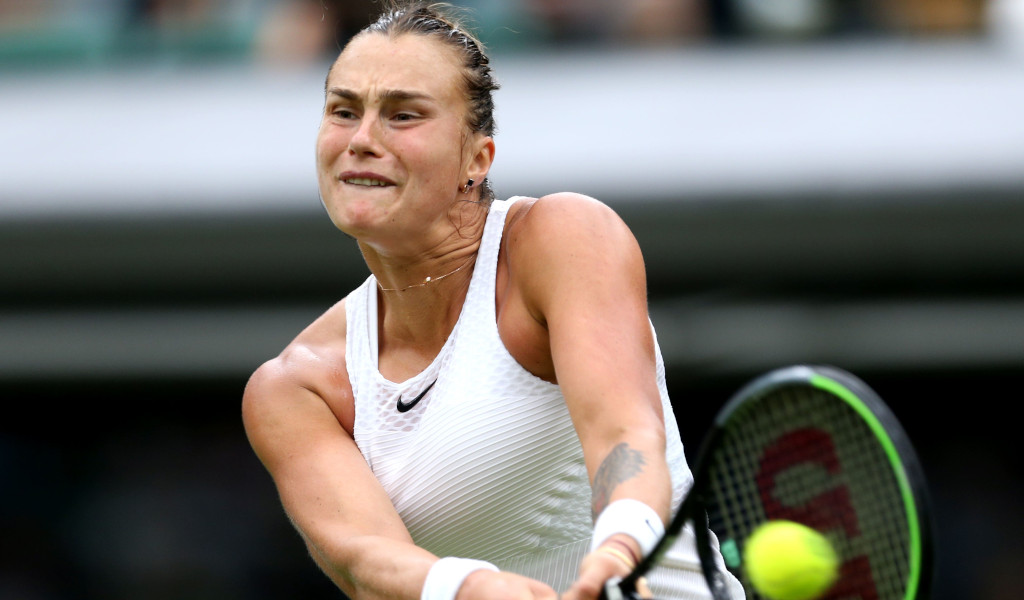 Second seed Aryna Sabalenka won the first match at Wimbledon in two years with a straight-sets victory over Monica Niculescu but revealed she had to battle nerves on the opening day of the Championships.

The 23-year-old had reached round two on just one previous occasion, but the absence of Simona Halep and Naomi Osaka, coupled with her fine form in 2021, has raised expectations for the Belarusian at SW19.

If the world No 4 did feel nervous as she walked on to Court One with the roof on, it failed to show as she raced into a 5-0 lead in 18 minutes and, although her Romanian opponent improved, swiftly secured a 6-1, 6-4 win.

First win of The Championships 2021 belongs to @SabalenkaA ✅

With play on the outside courts delayed until the afternoon due to the wet weather, Sabalenka kick-started proceedings and 47 winners in 76 minutes of play suggested a fairly routine triumph.

For the player herself, though, who will face Great Britain’s Katie Boulter next, it was anything but.

She said: “I was really nervous to open Wimbledon and also be first playing on Court One.

“I was nervous a little bit because I haven’t played on the stadiums before but really happy that I won the match. The atmosphere was unbelievable.” 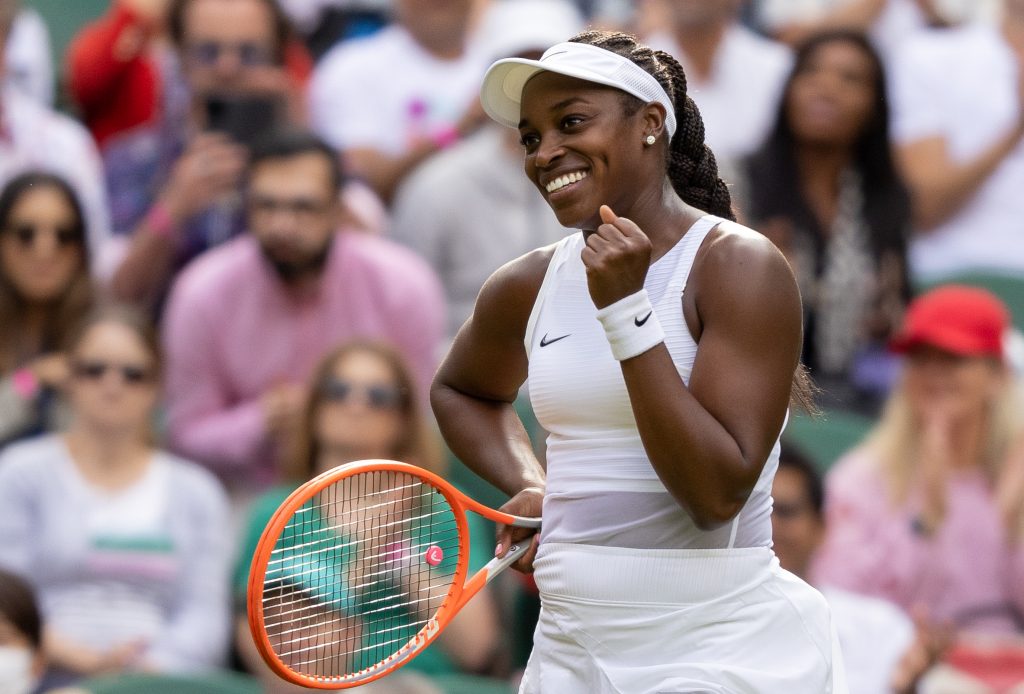 After being broken in her first game, the American roared back to secure a 6-3 6-4 win, with the sixth game in each set crucial.

It was a surprise loss for the 10th seed, who had been one of the favourites for the tournament, but she could not keep pace with her opponent during an enthralling battle.

Stephens was playing on grass for the first time in two years and said: “Being able to come back and my first game is at Centre Court with fans back is really just a dream. I am just excited to be competing here again.”

Boulter was the first British winner of the Championships and had to do it the hard way before she progressed into round two after a 6-7 (6-8), 6-3, 6-4 victory over American qualifier Danielle Lao.

Lao was making her Wimbledon debut at the age of 30 but ran out of steam against her opponent, who has plunged down the rankings in recent years.

Five of the last six games went to Boulter, who saw her attacking style pay off in the end to seal a place in round two for only the second time.

Fellow Briton Jodie Burrage suffered a 6-2, 6-1 loss to Lauren Davis, while 23rd seed Madison Keys knocked out another home favourite in Katie Swan 6-3, 6-4 to set up a second round meeting between the Americans.

2017 champ 🇪🇸 @GarbiMuguruza sails through to the second round with a 6-0, 6-1 win over Ferro.#Wimbledon pic.twitter.com/5iEwI9YcHc

Garbine Muguruza, the 11th seed and Wimbledon champion in 2017, needed only 49 minutes to beat Fiona Ferro, dropping only a single game in the process.

Sofia Kenin, the fourth seed, swept aside Wang Xinyu 6-4 6-2, while 32nd seed Ekaterina Alexandrova also cruised into round two with a 6-1, 6-3 victory over Laura Siegemund.

It was a different story for Veronika Kudermetova, who suffered a tight defeat to Viktorija Golubic.