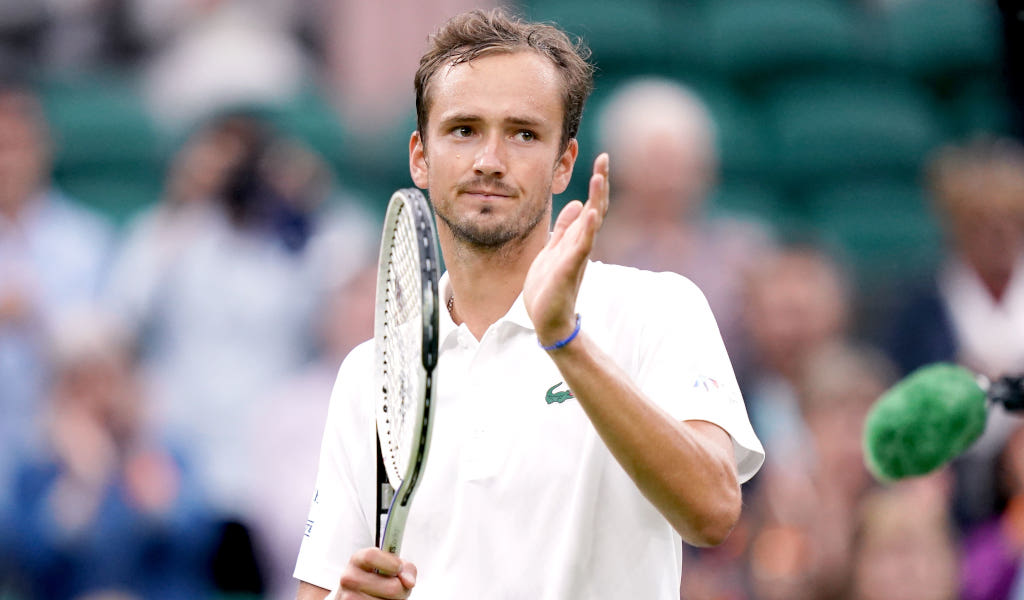 Second seed Daniil Medvedev avenged his recent defeat by Jan-Lennard Struff to move into the second round at Wimbledon.

Unlike his nation’s football team, Struff did threaten a comeback from 2-0 down, but Medvedev took a tight fourth in the tie-break to get through.

“After those first two sets I thought I’d got it – then he started showing unbelievable tennis,” said Medvedev.

“The match turned around, there were so many opportunities for both of us and until the last point it was not over. It was a rollercoaster match so I’m happy to get through.

“It’s tough, I saw the draw the week before and was like ‘OK that’s not going to be easy’ but tennis is about rematches and revenge and it’s nice to get revenge here.”