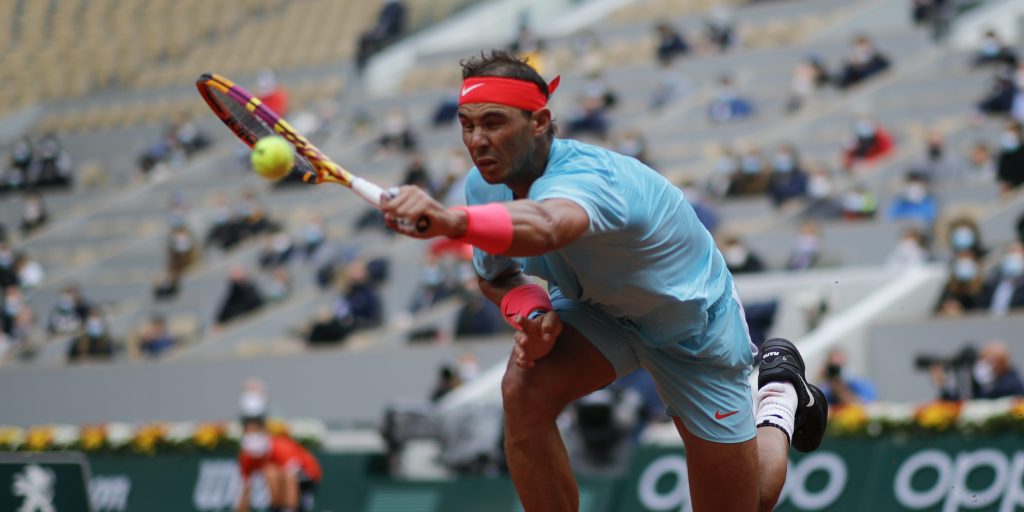 Rafael Nadal laid down a marker with a thumping win over Mackenzie McDonald in the second round of the French Open.

The 12-time champion said before the tournament that he expected this Roland Garros to be his biggest challenge because of the slow conditions and heavy balls.

But so far he has looked in fine fettle and American McDonald was allowed just four games in a 6-1, 6-0, 6-3 victory for Nadal.

The second seed said: “I am working hard in every practice to try to be better and better in every match. Today was not that cold, so that’s the main thing. The conditions are not that bad.

“The ball is still heavy. When it is not that cold, the ball is a little bit less heavy always. I see the (forecast for) the next couple of days is not very good.”

US Open champion Dominic Thiem is also yet to drop a set but he came close against American Jack Sock, saving three set points in the third-set tie-break before winning 6-1, 6-3 ,7-6 (8-6).

The third seed, the beaten finalist at Roland Garros for the past two years, is riding a “happy wave” after his success in New York two and a half weeks ago, but knows backing that achievement up here will be a big ask.

The Austrian said: “I feel pretty good. Not perfectly perfect. I guess that’s normal. I think the main thing is that I fight 100 per cent like I did today.

“It paid off. I was saving three set points to avoid a fourth set. That’s very important in the early rounds, to save energy.

“I’m still a little bit on the happy wave of New York, I would say. Of course, at one point I’m going to get super tired. I guess all the tension and focus on Roland Garros, it’s hiding still the tiredness and everything. I hope I can push it as far as I can.”

Diego Schwartzman, who beat Nadal at the Italian Open two weeks ago, continued his good form with a 6-1, 7-5, 6-0 victory over Lorenzo Giustino, while former champion Stan Wawrinka is another dangerman.

“It’s a grand slam. It can be a long two weeks. It’s match after match. You need to stay into it. I’m playing really well so far, so I’m looking forward for the next match.”