Serena Williams after first-round win: ‘I just need to play with more confidence, like I’m Serena’ 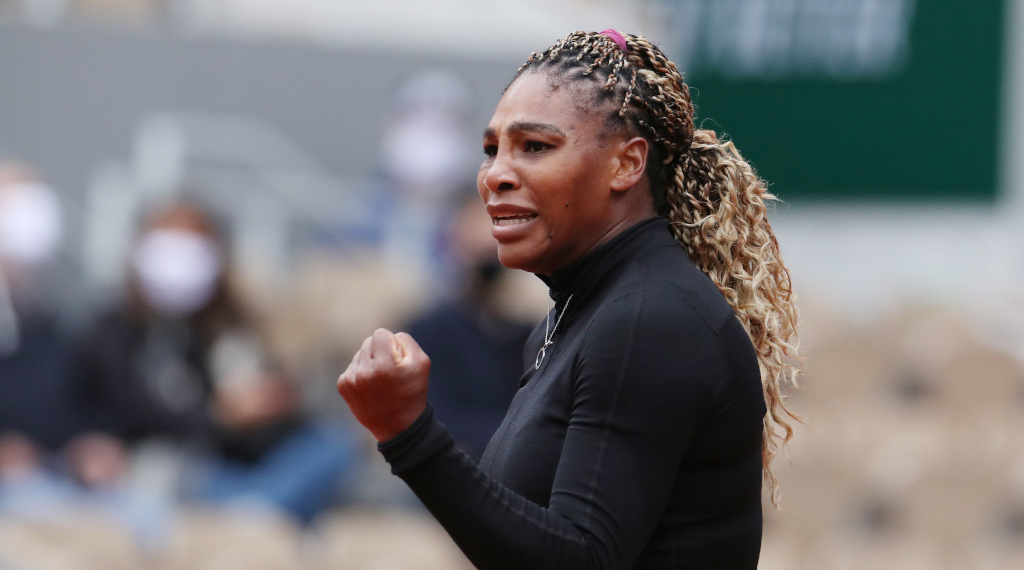 Serena Williams admitted she was struggling with a lack of confidence in the opening set of her first-round match at the French Open.

The 23-time Grand Slam singles champion was taking on Kristie Ahn in a rematch of their US Open clash and, as with that encounter, Williams edged a tight first set before easing through the second in a 7-6 (7-2), 6-0 victory.

Williams made 28 unforced errors in the opening set and had to break Ahn when she served for it before stepping up in the tie-break.

“The biggest difference was just confidence,” she said. “I just need to play with more confidence, like I’m Serena.

Williams, who is continuing to receive treatment for an Achilles problem she sustained at the US Open, added that she is trying to be kinder to herself on court.

“I have put so much perfectionist into my habits that, if it’s not perfect, then it’s not enough for me,” she said.

“That is something I have been working on. I feel like I was able to get over that in the past couple of months. So I feel like that has been what I needed to just understand that my level of greatness is sometimes crazy high and a win is a win.”

Next up for the sixth seed will be another New York rematch, this time with Tsvetana Pironkova, who took a set off the American in the quarter-finals.

It was a remarkable run for Pironkova, who was playing her first tournament following three years in retirement, and she continued her good form in Paris with a 6-3, 6-3 victory over Andrea Petkovic.

It was a pleasure to play under the new roof on Chatrier! And with some fans too 🙏

Fifth seed Kiki Bertens will be a name to watch as one of the most comfortable leading players on clay, and she recovered from a slow start to defeat Katarina Zavatska 2-6 6-2 6-0.

Zavatska was left in the unusual position of having to borrow a racket from her coach in the stands after breaking so many strings that she ran out of her own.

With rain falling outside, the match being played under the new roof on Court Philippe Chatrier was the only one able to get under way on a damp Monday
morning.

Kvitova, who missed last year’s tournament with an arm injury, played a very clean match to book her spot in round two.

There was an unhappy return to Roland Garros, though, for last year’s runner-up Marketa Vondrousova, who has struggled for results since losing to Ashleigh Barty and was thumped 6-1, 6-2 by Polish teen Iga Swiatek.

Svetlana Kuznetsova, the champion at Roland Garros back in 2009, suffered her third consecutive first-round loss, going down 6-1, 2-6, 6-1 to Anastasia Pavlyuchenkova, while 12th seed Madison Keys was beaten 6-3, 7-6 (7-2) by Zhang Shuai.