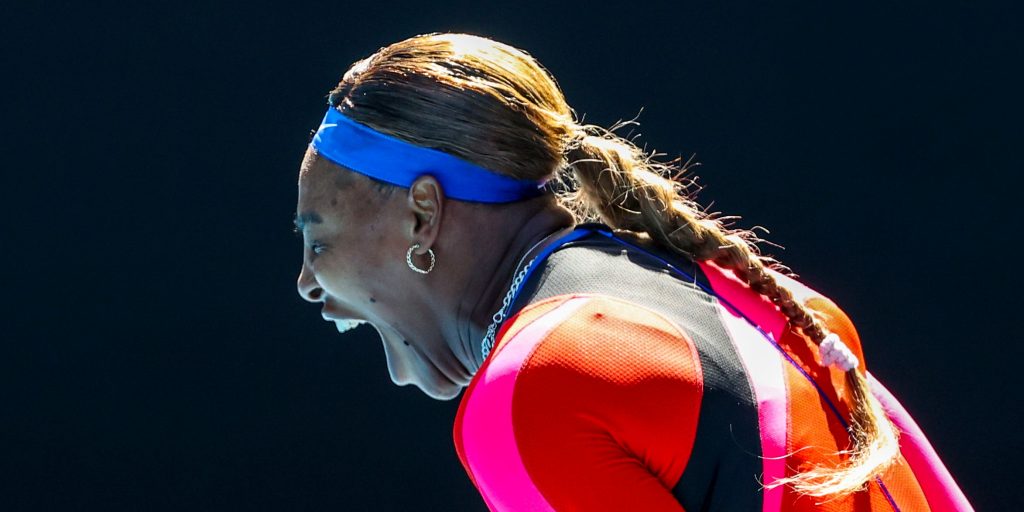 Serena Williams and Naomi Osaka both survived close battles to reach the quarter-finals of the Australian Open while Simona Halep gained revenge on Iga Swiatek.

Third seed and title favourite Osaka saved two match points on her way to a 4-6, 6-4, 7-5 victory over last year’s runner-up Garbine Muguruza before Williams battled to a 6-4, 2-6, 6-4 win against Aryna Sabalenka.

Seventh seed Sabalenka has been one of the form players of the last few months and many people have been waiting for the big-hitting Belarusian to make a Grand Slam breakthrough.

Serena defeats a gallant Sabalenka 6-4 2-6 6-4 in one of the most intense matches of the tournament 👏 #AusOpen | #AO2021 pic.twitter.com/lvZBwD3ntJ

She fought back from 1-4 to draw level in the final set but Williams was just too strong in the end.

The 39-year-old, who is now again within touching distance of a record-equalling 24th grand slam singles title, said: “It felt good to kind of clutch that in the end and get through that.

“I just felt like even games that I lost, I was so close to winning. Not all games, but probably most of those games. I just needed to play better on the big points. I knew that I could. I still hadn’t reached my peak. I was like, ‘OK, Serena, you got this, just keep going’.”

Williams next faces Halep, who was beaten heavily by Swiatek as the Polish teenager swept to her first Grand Slam title at the French Open but turned the tables to win 3-6, 6-1, 6-4.

“I just expected from myself a better game, which I did, and I’m really happy about that,” said the second seed.

Williams leads their head-to-head record 9-2 but Halep produced one of the great recent grand slam final performances to win their last meeting at Wimbledon in 2019.

“The game, I think it was one of the best in my life,” said the Romanian. “The best day actually of my life. I felt very confident back then. I felt every ball.

“We played so many times. I know what to expect. I will just try to do my game, and I will be confident.”

Osaka hung on by the skin of her teeth against Muguruza, who was full of confidence after a strong start to the season.

The Spaniard led by a set and a break and held two match points at 5-3 in the deciding set only for Osaka, the 2019 champion in Melbourne, to pull through with a run of four games in a row.

Asked how she had dug herself out of trouble, the Japanese star said: “I’m not really sure, to be honest. I was just trying to fight for every point, then it sort of led me to win.

Keep on keeping on. pic.twitter.com/g3TITAVcbP

“On the first match point, I was just thinking that I didn’t hit a decent serve that entire game, so I should really focus on my serve. I feel like my serve stats were pretty good that set, so I was just telling myself to do better.

“Then on the second point, when the rally started, I just told myself not to push (the ball) but also don’t do something crazy and make a really bad unforced error.”

Osaka also credited a brief moment of temper for clearing her mind, saying: “I felt the entire match I was overthinking. There was a moment when I got angry and hit my racket on the ground. I feel like I released a lot of the thoughts that I had. It just made me go more into instinct-based tennis.”

Osaka will next face the highly unconventional Hsieh Su-wei, who at 35 became the oldest player to reach a first slam quarter-final in the Open era with a 6-4 6-2 victory over Marketa Vondrousova.