‘It’s definitely nice to get another win,’ says Serena Williams as she cruises at Yarra Valley Classic 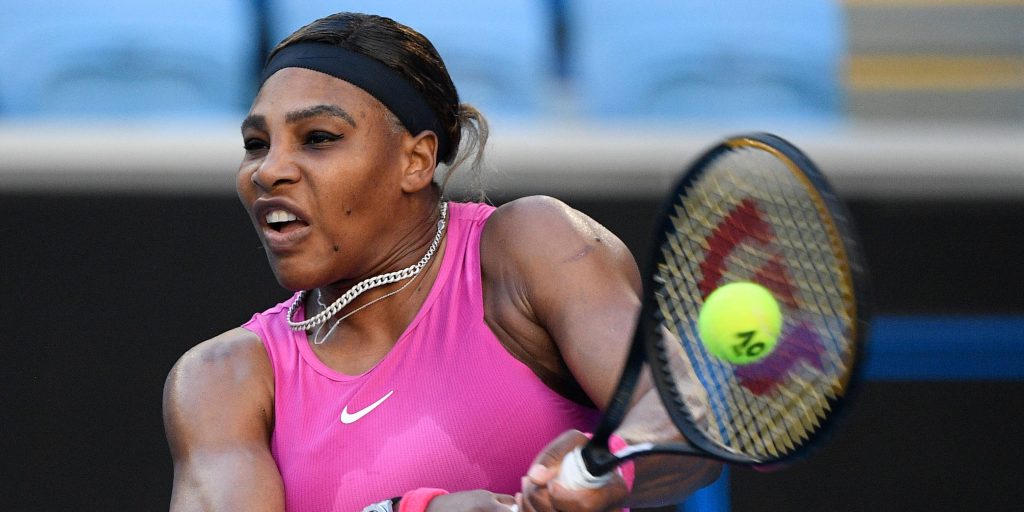 Serena Williams booked her spot in the quarter-finals of the Yarra Valley Classic in Melbourne by beating Tsvetana Pironkova in straight sets.

The 23-time Grand Slam winner required one hour and 15 minutes to defeat Pironkova 6-1, 6-4 and cruise through to the last eight.

“It’s definitely nice to get another win,” said Williams, who will next week begin her bid to claim an eighth Australian Open title.

“She’s clearly a great player, so it wasn’t easy, but it was good to come through.

“Last time we played, it was an incredible three-set match. So today I was like, all right, let’s really try and focus and learn to do better than last time.”

World No 1 Ashleigh Barty fought back from dropping the second set to clinch her place in the quarter-finals.

The 24-year-old, competing in her first WTA event for almost a year having chosen to stay at home in Australia when the tour resumed last summer, saw off Marie Bouzkova 6-0, 4-6, 6-3 to set up a last-eight date against Shelby Rogers after the American beat Petra Martic 7-6 (7-1), 6-3.

No.1 seed @ashbarty and No.2 seed @SofiaKenin both survived three-set tussles to book their spots in the quarterfinals of the Yarra Valley Classic –> https://t.co/PD2MqJQrId pic.twitter.com/JDdsF0LQ62

“It was a really solid match,” said Barty. “I felt like in the middle of the match I just pressed a little bit, and lost my execution, but glad to find it in the end, and get another opportunity to play tomorrow.”

In the Gippsland Trophy, top seed Simona Halep advanced to the last eight with a straight-sets victory over 16th seed Laura Siegemund on Margaret Court Arena.

Nothing but positive vibes only going into this year. Keep on pushing 💛💚🇦🇺 pic.twitter.com/zDGKaLpLUp

Halep eased to a 6-2 6-4 victory in one hour and 33 minutes to set up a quarter-final with Ekaterina Alexandrova after the number seven seed beat reigning French Open champion Iga Swiatek 6-4 6-2.

British duo Johanna Konta and Katie Boulter both started strongly before being overcome by Irina-Camelia Begu and US Open champion Naomi Osaka respectively. Osaka will face the Romanian in the last eight.

On the opening day of the Grampians Trophy, organised for players who were forced to quarantine in their hotel rooms for 14 days, former world number one Angelique Kerber won her opening match.

Kerber will face Ons Jabeur next after she dispatched Russia’s Anna Blinkova 6-1, 6-1 in 55 minutes.