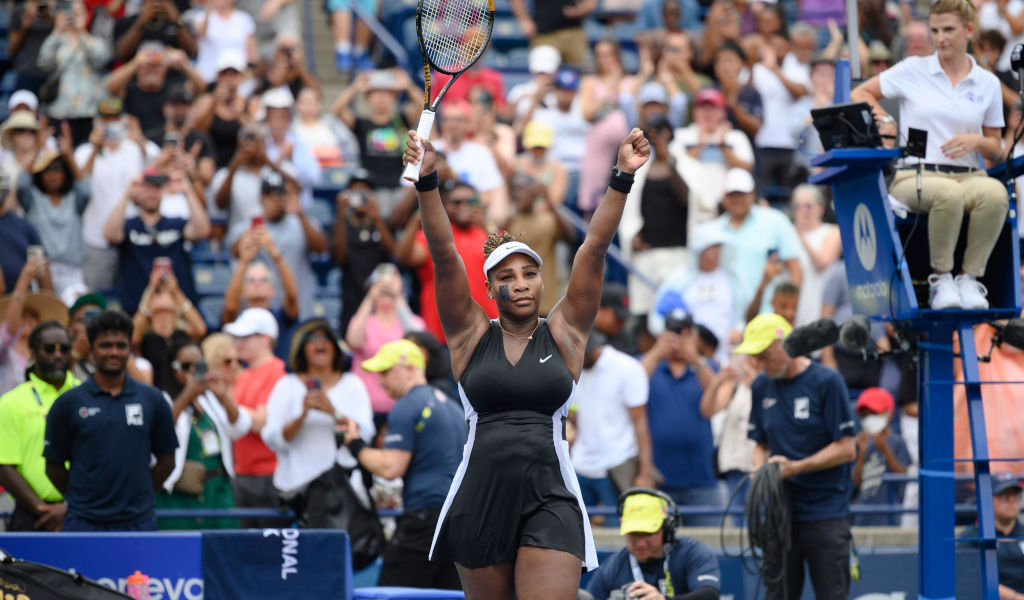 A tearful Serena Williams has admitted to being “terrible at goodbyes” as the National Bank Open triple champion said “goodbye Toronto” to a packed crowd one day after announcing her imminent retirement.

The American lost 6-2 6-4 to Belinda Bencic in the second round in Toronto in her first defeat since saying she has decided to end her career.

“It was a lot of emotions obviously,” Williams told the crowd on Wednesday.

“I love playing here, I’ve always loved playing here. I wish I could have played better but Belinda played so well today. It’s been an interesting 24 hours.

“As I said in the article, I’m terrible at goodbyes. But, goodbye Toronto.”

Thank you, @serenawilliams.
Thank you for everything.

The 23-time grand-slam champion wrote for Vogue that she was “evolving away from tennis, toward other things that are important to me”.

“Anyways, this is what it is,” she told the crowd in Toronto as she wiped away a tear.

“I was really happy to be out here today and play in front of you guys, thanks for the support,” she said, gesturing toward the fans behind her, who roared back.

“Thank you,” she said with a grin as the presentation ended with a gift to her from the Toronto Maple Leafs NHL and the Toronto Raptors NBA franchises.

The greatest champion of the women’s game in the Open era has suggested that she doesn’t want big on-court ceremonies to say goodbye, but it appears likely that she may have to endure a few before she finally hangs up her racket.

Williams has committed to playing at the Western and Southern Open in Cincinnati next week as well as the US Open later this month, and the year’s fourth Grand Slam will be her final tournament.

Her storied career has seen her win a total of 39 Grand Slam titles with 16 doubles crowns to go with her open-era record of 23 singles Majors.

While her own form doesn’t suggest another run to the US Open title is on the cards, Williams already has six US Open trophies to her name, putting her on a level with Chris Evert.

Williams is well set for retirement as she prepares to move into the investment sphere an area which could see her become a billionaire within the next few years.