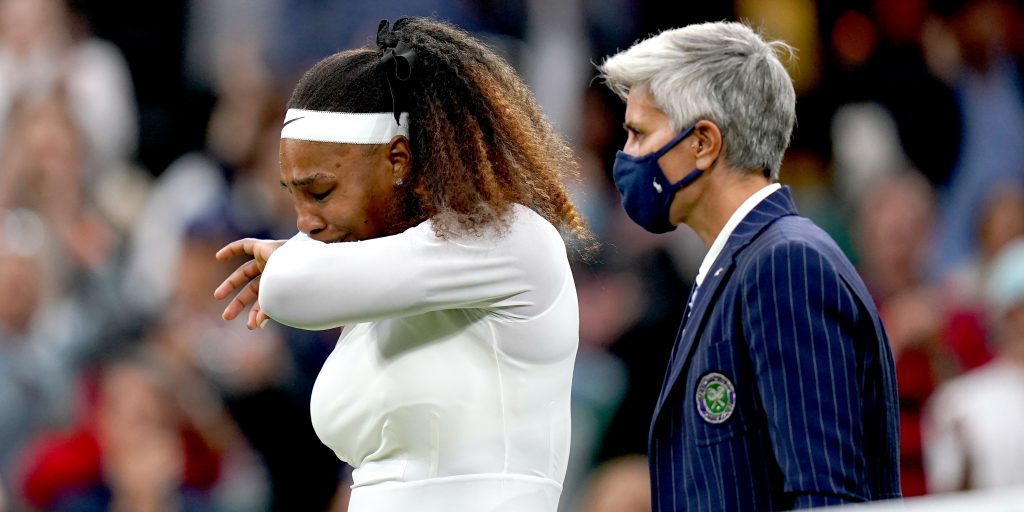 Serena Williams became the latest high-profile casualty at Wimbledon after she was forced to retire in her first-round tie but top seed Ashleigh Barty did book a place in round two on Tuesday.

Another drama-filled day in SW19 with the weather hold off at the beginning of day two.

Most eyes at the All England Club were on Centre Court in the evening as Williams started her latest pursuit of a record-equalling 24th grand slam against Aliaksandra Sasnovich but quickly proceedings took a turn for the worst. 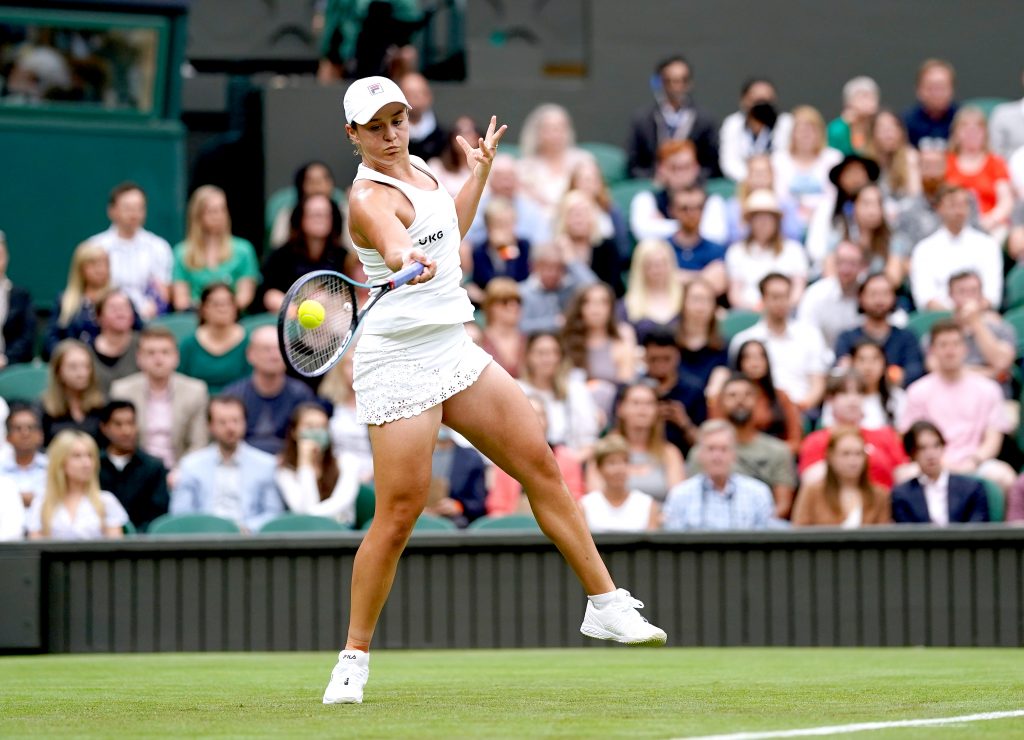 The 39-year-old – fresh from sealing the opening break – lost her balance while attempting a return on a point in the fifth game and needed a medical time-out with the match back on serve at 3-3.

After a 10-minute delay, the seven-time Wimbledon singles winner was able to hit a flurry of winners and yet it was a false dawn with the pain in her right leg too much meaning Williams left Centre Court in tears.

Opponent Sasnovich said: “It is very sad for me, honestly, when your opponent feels bad. She is a great champion and it is a sad story.”

It was in contrast to Barty who had got the Centre Court action under way with a hard-fought victory over Carla Suarez Navarro by a 6-1, 6-7 (1-7), 6-1 score. 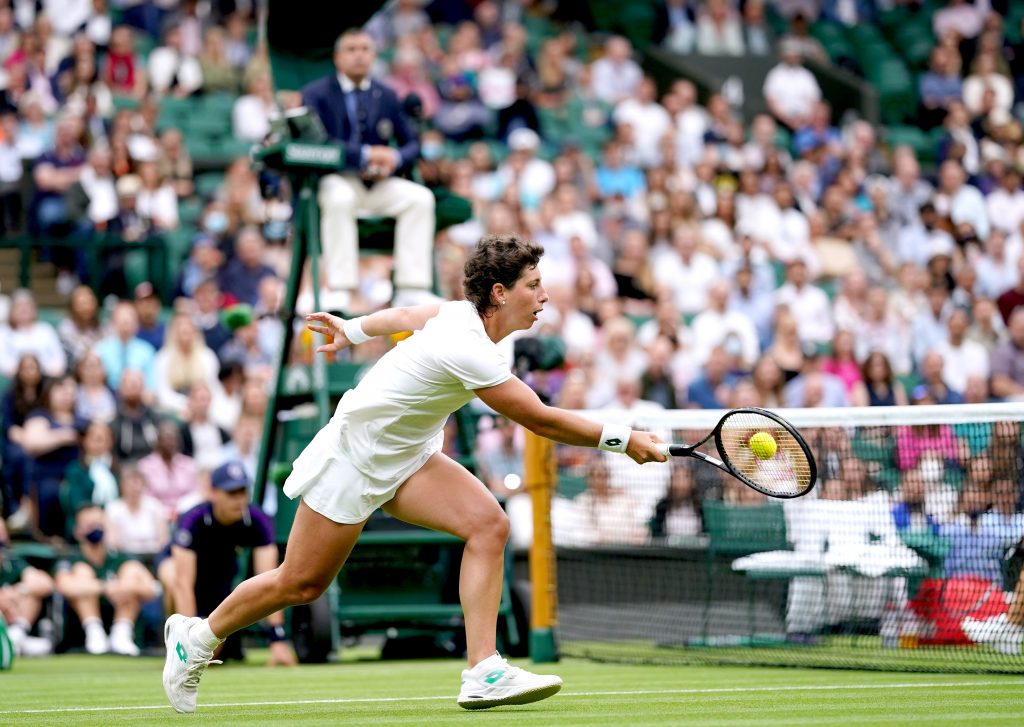 Defeat for the Spaniard, who will retire at the end of the season after recently recovering from Hodgkin lymphoma, spells the end of her Wimbledon chapter but she made the most of her one hour and 44 minutes.

Top seed Barty hit 38 winners and 13 aces but paid tribute to her rival, adding: “It was a privilege to share the court with her today because I hadn’t had that opportunity to play Carla and it was really special to experience what she can bring from the other side of the court.

“All credit goes to her for her resilience to come back from the adversity she has faced and to be able to have that moment with her was nothing short of remarkable.”

While Serena Williams is no longer part of the 2021 edition, older sister Venus is part of the second round draw after she survived a marathon contest on Court Three.

Eyebrows were raised over the five-time winner at SW19 being put on one of the outside courts, but she insisted: “I wasn’t disappointed. I am here to play and I am here to play on whatever court I am put on. As long as I win on that court, that is all I care about.”

Fellow former winner Angelique Kerber, who won Wimbledon in 2018, made it through with a straight-sets victory over Nina Stojanovic on Court One.

After winning the Bad Homburg Open last week, the German again showed her grass-court prowess with a 6-4, 6-4 success.

Another home favourite in Francesca Jones was able to make a better fight against teenage prospect Coco Gauff – seeded 20th – but the American eventually prevailed 7-5, 6-4 in a close encounter.

A number of other seeds were able to win before the rain arrived in the capital with eighth seed Karolina Pliskova getting the better of Tamara Zidansek 7-5, 6-4 and Maria Sakaari (15) able to cruise past Arantxa Rus 6-1, 6-1.

American Alison Riske could not join them in the second round after the 28th seed was knocked out in a three-setter to Tereza Martincova.

The wet weather returned in the afternoon and various other matches were cancelled but 22nd seed Jessica Pegula and Barbora Krejcikova, the 14th seed, were able to get back on court and reach the second round with straight-sets victories.