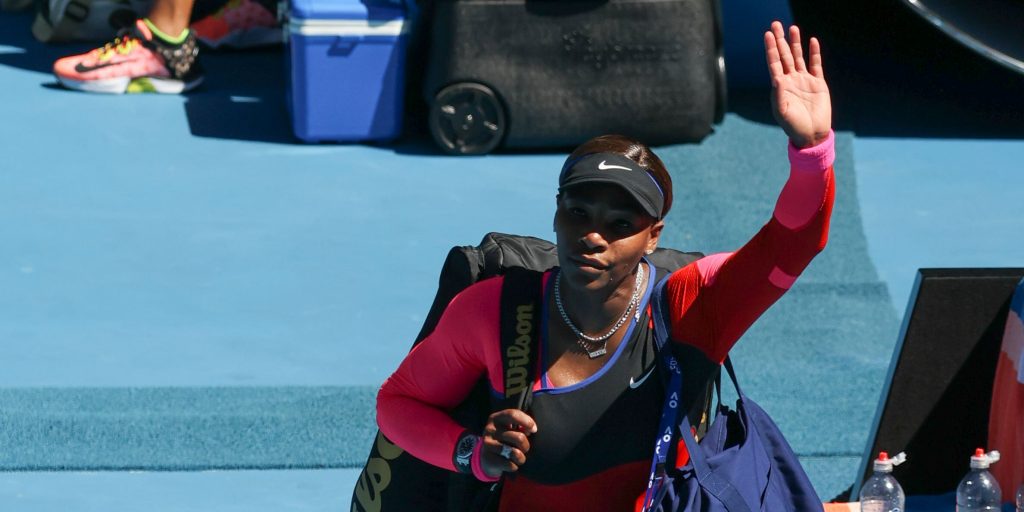 Serena Williams bade a tearful farewell to the Australian Open amid questions about whether she may have played at the tournament for the last time.

Williams gave the crowd inside the Rod Laver Arena a long wave goodbye with her hand on her heart following her 6-3, 6-4 semi-final defeat by Naomi Osaka.

The gesture prompted speculation about whether the 39-year-old would ever be back competing at Melbourne Park, where she has won the title seven times.

In her post-match press conference, Williams, who had never previously lost a semi-final in Melbourne, responded: “I don’t know. If I ever say farewell, I wouldn’t tell anyone. So…”

Williams then became tearful during the next question, a relatively mundane enquiry about her unforced errors during the match, and said: “I don’t know. I’m done,” before leaving the room.

Williams once again came up short in her 11th attempt to move level with Margaret Court’s record haul of 24 Grand Slam singles titles, and it is now a year-and-a-half since she made a final.

Japanese third seed Osaka, the champion in 2019, overcame a nervous start in front of a limited crowd, let back in after Victoria’s coronavirus lockdown was lifted.

From 2-0 down she won eight out of the next nine games before ultimately wrapping up victory in an hour and 15 minutes.

Osaka has maintained her huge admiration and respect for Williams despite the tumult of their first slam meeting at the US Open in 2018 and, asked about their matches in the context of the American’s age, the 23-year-old said: “It’s kind of sad when you say it like that because, for me, I want her to play forever.”

Osaka will be looking to maintain her record of never having lost a grand slam final when she takes on American Jennifer Brady on Saturday.

The third seed, who has not lost a match for more than a year, said: “I have this mentality that people don’t remember the runners-up. I think I fight the hardest in the finals. I think that’s where you sort of set yourself apart.

“When I was younger, I guess two years ago or something, I felt like my goal was to make history, to somehow at least have one thing that I was able to do.

“I would say I wanted to be the first Japanese person to win a slam. I think that was my goal. Then there was more things to do. So for me right now, of course it’s nice to see your name on a trophy or your name on a wall. But I think bigger than that, I feel like I’m playing with a different purpose for this trip.”

There was late drama when Brady thought she had taken her second match point, dropping to her knees only to realise her shot was out. She had to save three break points before finally clinching her fifth opportunity and falling to the court.

Brady and Osaka played one of the best matches of 2020 in the US Open semi-finals.