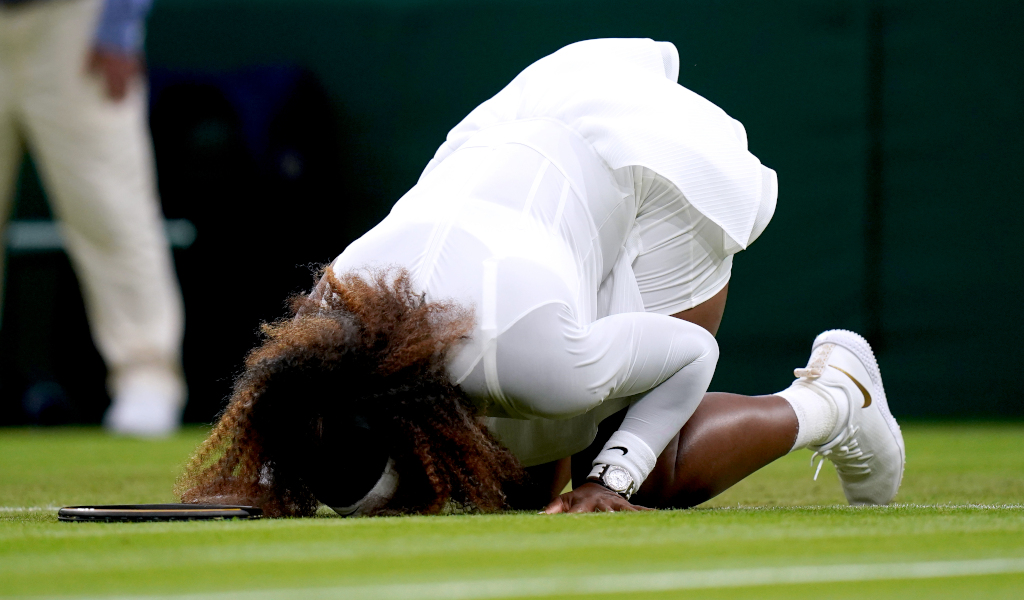 Serena Williams’ hopes of an eighth Wimbledon title are over after an ankle injury forced the world No 8 to retire from her first-round match with Aliaksandra Sasnovich.

The seven-time singles’ winner at the All England Club slipped in the sixth game and left the Centre Court for treatment.

Poise and grace in the most trying of circumstances.#Wimbledon pic.twitter.com/6O6dvpReXi

She returned 10 minutes later but after getting emotional at the reception afforded to her by the crowd, the pain was evident on Williams’ face as she tried to serve to her Belarusian opponent.

After the best efforts of the 39-year-old, she had to call it quits and it means her pursuit of a record-equalling 24th Grand Slam is again put on hold.