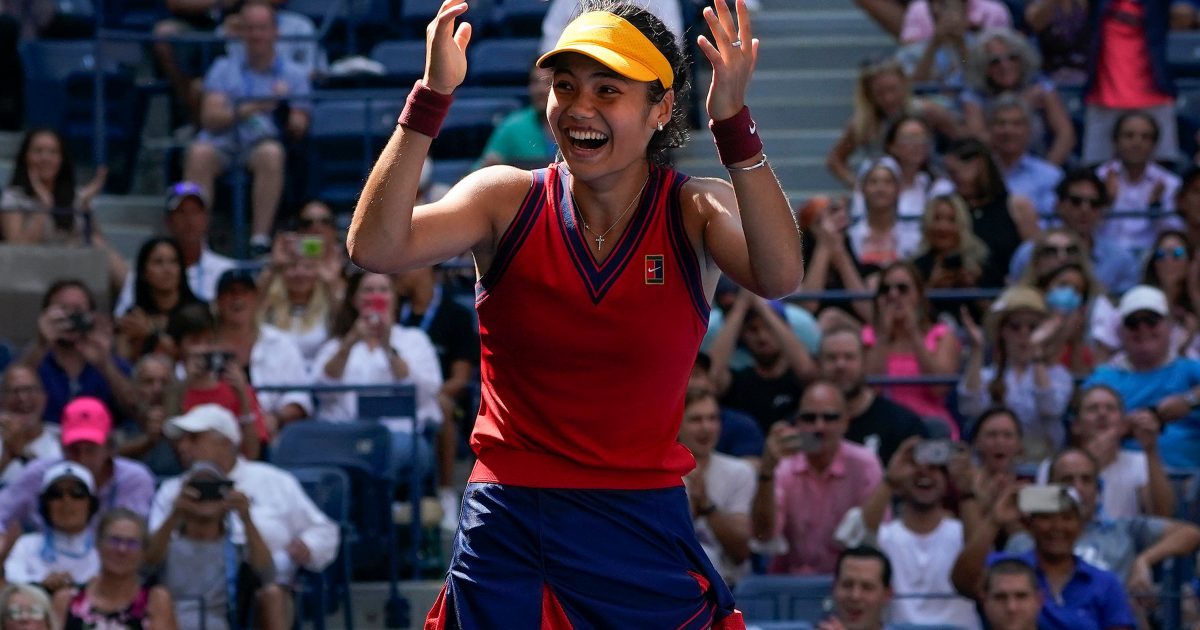 Emma Raducanu has already dismissed her Wimbledon critics by proving herself “the real deal”, according to Anne Keothavong.

British teen star Raducanu has become the first qualifier in history – men or women – to reach the US Open semi-finals.

The 18-year-old had only just sat her A-Levels when she reached Wimbledon’s fourth round in July, only to withdraw from her clash with Ajla Tomljanovic due to breathing difficulties.

Raducanu received criticism in some quarters for being overwhelmed at SW19, but has swept right through qualifying to the last four at Flushing Meadows, where she will take on Greece’s Maria Sakkari.

“What happened at Wimbledon was unfortunate of course, but it was all so new to her,” said Britain’s Billie Jean King Cup captain Keothavong.

“You’ve got to remember it was only her third professional tournament back since the pandemic.

“It was all very new, there was a lot going on. But the way she’s bounced back has shown everyone who did have their doubts what she’s made of.

“She really is the real deal.”

Raducanu has not dropped a set in the main draw en route to the semi-finals.

The fast-rising star will be installed as British number one next week, jumping into the world’s top 50.

Her 6-3 6-4 quarter-final win over 11th seed Belinda Bencic made her just the third woman in US Open history ranked outside the top 100 to reach the semi-finals.

Kim Clijsters and Billie Jean King are the only other two women to achieve the feat, leaving Keothavong suitably impressed.

“Everyone is amazed at how well she’s been able to embrace the situation and run with it.

“It’s caught everyone by surprise. I don’t think anyone can wipe that smile off her face.”

Former British number one Andrew Castle hailed Raducanu’s work ethic for already marking her out among the most prepared athletes in the women’s game.

“And also, because she’s playing with such confidence at the moment, which comes from winning and that sense of arrival, she’s choosing exactly the right moment to play the right shot. You can’t teach that.

“It’s very reminiscent of seeing Andy Murray play Wimbledon for the first time in 2005, picking the right shots on the biggest stage.”