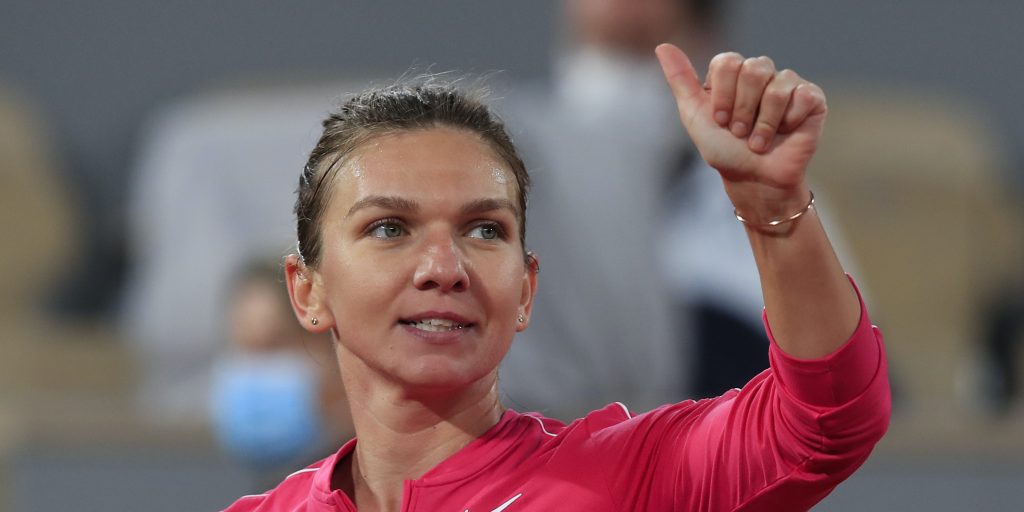 Revenge was super sweet for Simona Halep as she swept aside Amanda Anisimova to reach the fourth round of the French Open.

American teenager Anisimova ended Halep’s title defence in the quarter-finals at Roland Garros last year but managed just one game in a 6-0, 6-1 defeat that lasted only 54 minutes.

Halep, the top seed and title favourite, has now won 17 matches in a row dating back to the Australian Open.

The Romanian has been training exclusively on clay over the last few months having decided not to travel to America for the US Open and was very happy with the improvements she has made since last year.

Halep said: “I took the game in my hands. Last year I was very far from the court, and I played fairly short so she could play her game.

“When she has time and she has the ball in the right position, she is very, very dangerous and she plays great. Today I think I did a great job changing a little bit the tactic.

“In my mind was what I have to do better to get better in the direction of my game. So I improved a lot, and definitely I am much better in many ways since last year.”

Anisimova suffered tragedy not long after her superb run in Paris last year when her father, who was also her coach, died suddenly from a heart attack and she has understandably found it difficult to rediscover the same form.

The 19-year-old, who made 32 unforced errors, said: “Today of course I was playing really bad. It’s been one of the worst matches I have played in a while. I was just making mistakes all over the place. I’ll definitely learn from it.”

Halep’s status as the favourite has intensified with the exit of more than half the seeds in the women’s tournament before the third round.

She is determined not to think too far ahead, saying: “The important thing for me is just to deliver what I have best on the day that I play, and then we’ll see.

Halep next faces another teenager in Pole Iga Swiatek, who she defeated for the loss of just one game at the same stage last year.

Third seed Elina Svitolina battled her way through to the last 16 with a 6-4 7-5 victory over Ekaterina Alexandrova.

Svitolina is one of the players who has been knocking on the door at the slams in recent years and she reached back-to-back semi-finals at Wimbledon and the US Open last year.

The Ukrainian said: “I try to really not focus about winning. For sure it’s in the back of my mind, and everyone wants to win the title, but you have to work really hard for it, you have to look for your chances and work really hard. It’s only hard work that can bring you there.”

Svitolina will take on French favourite Caroline Garcia, who won a terrific contest 1-6, 6-4, 7-5 against 16th seed Elise Mertens under the roof on Court Philippe Chatrier.

The small but noisy crowd created a real atmosphere and Garcia finally served it out on her sixth match point.