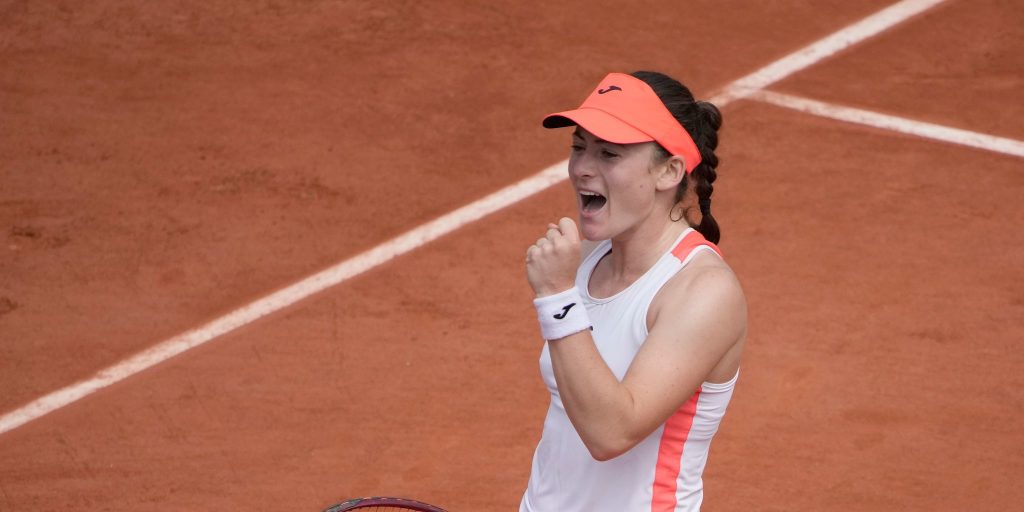 Surprise package Tamara Zidansek prevailed in a dramatic tussle with Paula Badosa to reach the semi-finals of the French Open.

The Slovenian, who had never previously been beyond the second round at a Grand Slam, was the outsider of the unexpected quarter-final line-up but she held her nerve when it counted to win 7-5, 4-6, 8-6.

Zidansek looked poised for a more comfortable victory when she led by a set and a break but Badosa fought back and led early in the decider.

World No. 85 Tamara Zidansek had previously never reached R3 at a major. She’s now a Grand Slam *semi-finalist* with a 7-5, 4-6, 8-6 takedown of No.33 seed Paula Badosa. #RolandGarros pic.twitter.com/ef0xgCQgsN

The Spaniard was also playing in her first slam quarter-final but she has won more matches than any other woman on clay this season and went into the tournament as a dark horse.

That pressure was evident for a set and a half, with Badosa struggling to play freely while Zidansek handled the occasion superbly.

The 23-year-old reached the final of a clay-court tournament in Colombia in April so had some form behind her but, at 85 in the rankings, she is certainly one of the more unexpected slam semi-finalists of reason years.

From a set and 4-2 down, Badosa began to make her power count and a run of six games in a row put her in the ascendancy. But back came Zidansek and a forehand winner gave her victory on her second match point after two hours and 26 minutes.