Stefanos Tsitsipas edges through to last four at French Open 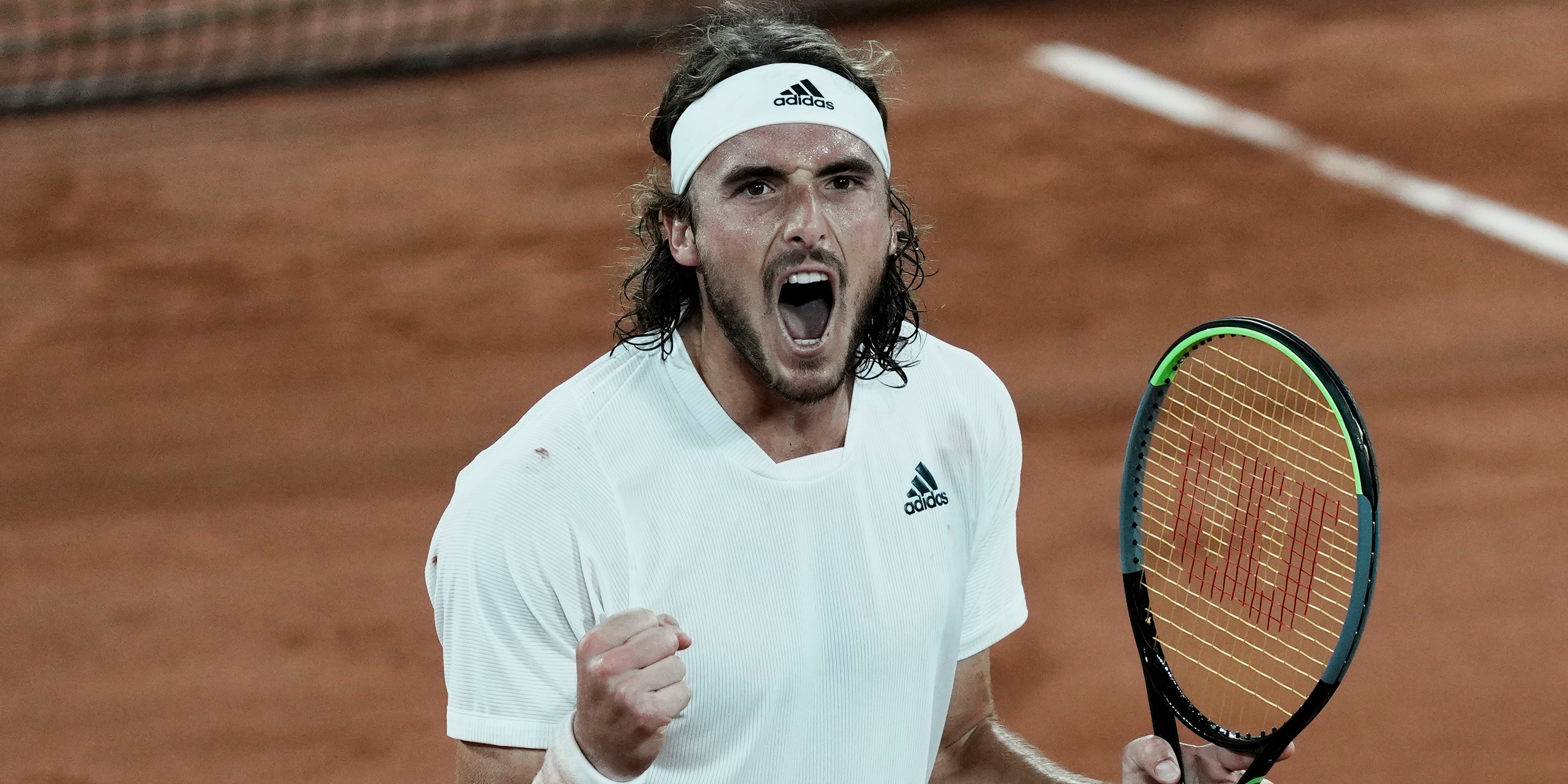 The Greek fifth seed had settled quickly on the empty Philippe Chatrier, with spectators still not able to attend the late match because of a curfew under coronavirus restrictions, and capitalised on an early break to take the opening set in 31 minutes.

After trailing 3-1 in the second, Medvedev recovered composure to level at 3-3, but failed to take two set-point chances in the 10th game.

Tsitsipas then took control of the tie-break, claiming a mini-break on the first point before a double hold to move 3-0 ahead.

Medvedev returned to court following a toilet break having changed into an all-white kit, and responded with fresh energy to break Tsitsipas in the fifth game – only for the world number five to break back then lead 5-4.

The Russian had a heated exchange with the chair umpire over a first serve he felt was disturbed by a cameraman up in the stands, before holding at 5-5.

Tsitsipas, though, stayed focused to battle on and force a first match-point chance – which he took after Medvedev, who had been 40-love up, tried an underhand serve and the Greek dispatched a backhand down the line to claim a hard-earned win.

The 22-year-old, beaten by Novak Djokovic in the 2020 semi-finals at Roland Garros, will go on to meet Alexander Zverev, who had earlier coasted past Alejandro Davidovich Fokina in straight sets.

Speaking courtside after his win, broadcast on ITV 4, Tsitsipas said: “I was playing against one of the best guys on the tour and I had to keep up the intensity, elevate my game during the entire match.

“I felt I was playing really good, not giving him much space to do things and I think my performance was close to one of the best this week.

“The difference in the last game was being love-40 down on his serve, to come back and win, I think that was the most important game. I tried to stay mentally conserved and didn’t give up.”

Zverev had earlier cruised into the semi-finals of the French Open for the first time with a 6-4 6-1 6-1 win over Davidovich Fokina.

After a tense opening set in which both players struggled to hold serve – and the 22-year-old Spaniard had thrown his racket into the ground which bounced up and was caught by a spectator – world number six Zverev stepped up a gear.

Having seen his own serve broken three times in the first set, Zverev kept the pressure firmly on Davidovich Fokina, who had gone the distance to knock out Norwegian 15th seed Casper Ruud earlier in the tournament, as he moved 5-1 ahead and promptly closed out the second set in 22 minutes.

Another double break in the third set saw Zverev lead 4-1 before Davidovich Fokina failed to hold again as the German took his place in the last four, winning 11 of the last 12 games in completing a comfortable victory in one hour and 38 minutes.

Zverev also has his sights on a maiden Grand Slam title, the German finishing runner-up to Dominic Thiem in the 2020 US Open final when he had been in front by two sets.

“We will see how it is on Friday, but for now, it is great to be here,” Zverev said.

“I know that the matches are not going to get easier, the opponents there are extremely difficult to beat, so I’ve got to play the same or raise my level even higher to have a chance.”

The German added: “Obviously the Grand Slams are the tournaments that we want to win the most and before, maybe the last few years, I was putting too much pressure on myself.

“Also, in the media, I was seen as this guy that was going to all of a sudden take over the tennis world.

“I was not very patient with myself…I was putting bricks on myself, in a way I was not performing to the level that I was in other tournaments.

“I feel like now maybe I have learned how to deal with the situation a little bit better, am maybe a little bit calmer at the tournaments, but the end goal hasn’t changed.

“Hopefully I can say that, slowly but surely, I am starting to get the hang of it.”