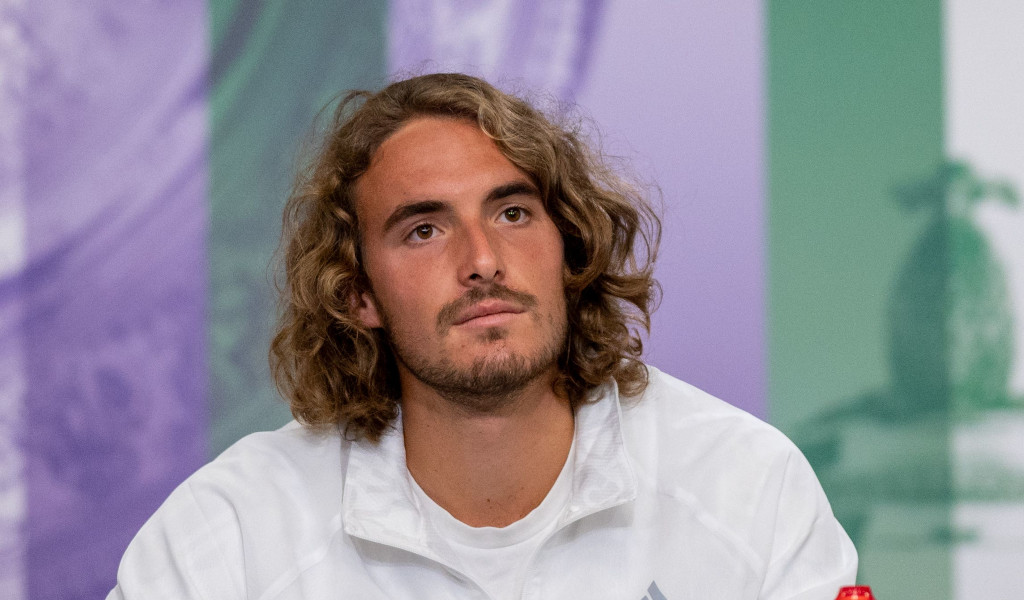 Stefanos Tsitsipas admits he is still finding his feet on grass as he looks to take the fight to Novak Djokovic again at Wimbledon.

The Greek took a few days off after losing to the world No 1 from two sets up in his first Grand Slam final at the French Open before launching himself back into practice at the All England Club.

Tsitsipas has reached at least the semi-finals at each of his last three Slams but has never been beyond the fourth round at Wimbledon and suffered a painful loss to Thomas Fabbiano in the first round on his last appearance two years ago.

Since then the 22-year-old has firmly established himself as one of the major challengers to the old guard and is the third seed behind Djokovic and Daniil Medvedev.

“I haven’t really played much on grass,” said Tsitsipas, who faces a tricky opening match against American Frances Tiafoe.

“I’ve practised a couple of times. I’ve played a few practice sets. I’m feeling all right on grass. I think it will take a few matches for me to start gaining more confidence.

“Right now, honestly, I just want to see how each single match that I get to play here will evolve and what are my opportunities going to be. No one knows. The future is kind of uncertain.

“Grass court is a surface that I love. But two years ago I didn’t really have the best result, the result that I expected. It was kind of something that tore me apart.

“I expect something better. It’s not the end of the world. I just prioritise myself, my well-being out on the court, me feeling happy, joyful when I get to play tennis because it’s such a traditional, historic tournament. We don’t get this opportunity very often.”

Djokovic is very much the player to beat and, having won the Australian Open and French Open to start the season, the Serbian is bidding both to equal Roger Federer and Rafael Nadal’s record of 20 Slam titles and to keep alive his chances of winning a Calendar Grand Slam.

“Obviously we’re there to try and put a stop to that dream of his. It’s going to be difficult. Me personally, I find it very challenging playing against him. I think he’s one of the greatest players tennis has seen.

“It’s this way for a reason. He has worked so hard to get there. He’s someone that I think right now thinks he’s the best. That’s why he’s been playing this way.”

Medvedev, already a two-time Slam finalist, is another man hoping to stand in Djokovic’s way, and the Russian believes the situation could play into the challengers’ favour.

“I think Wimbledon, Olympics, and US Open can be fun to watch Novak play because he’s going to put everything on himself to try to make it,” said Medvedev.

“That’s when he’s strongest. At the same time, that’s a lot of pressure. We’re going to try to use it in our advantage.”

Medvedev, who plays German Jan-Lennard Struff in his opening match, has never been beyond the third round at Wimbledon but he very much enjoys playing on grass and warmed up for the tournament by winning the ATP event in Majorca on Saturday.

He said: “That’s why I went there, to try to win some matches, manage to win the tournament.

“It’s really important for the confidence to try to find back how you should play on grass, what you should do. Actually the final was my best match there. I’m feeling confident coming here.”