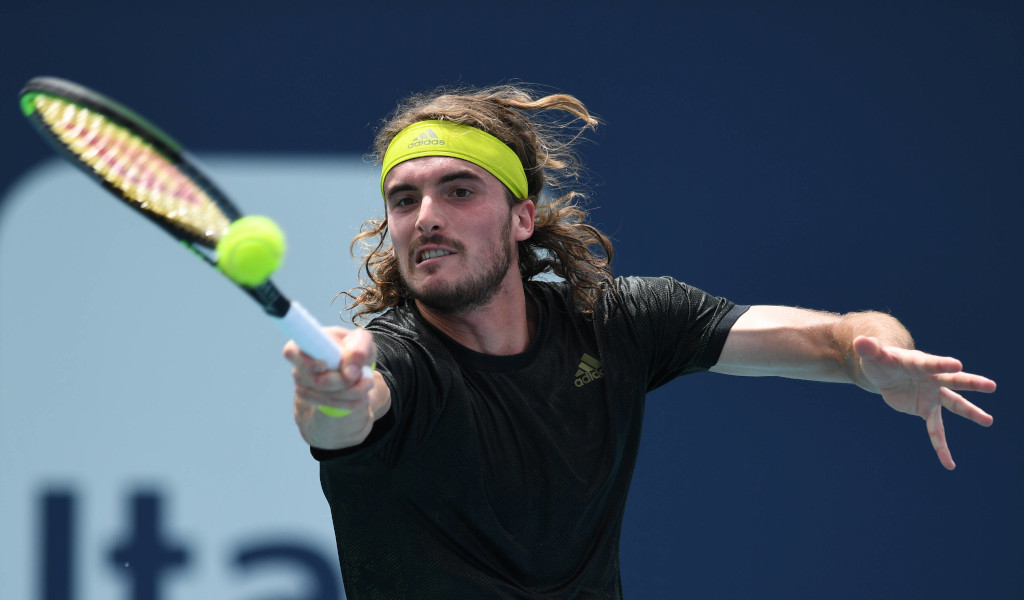 Tsitsipas, ranked number four in the world, came into the tournament as favourite to claim a third title of 2021 and put a disappointing Wimbledon behind him, but Krajinovic battled from a set down to win 3-6 6-1 6-3 and reach the semi-finals.

The Greek started well as he won the first 11 points of the match and raced into a 5-0 lead on his way to the opening set.

But Krajinovic eventually found his range and began tormenting Tsitsipas with well-executed drop shots as he advanced to the last four in just over two hours.

The match was notable for a remarkable racket break suffered by Tsitsipas mid-way through the second set.

The Serbian, seeded six in Hamburg, will play countryman Laslo Djere after he eased past third-seeded Nikoloz Basilashvili 6-2 6-2.

At the Nordea Open in Bastad, Federico Coria beat second seed Cristian Garin 6-4 4-6 6-2 to reach the semi-finals, where he will play Yannick Hanfmann after he overcame qualifier Arthur Rinderknech 6-4, 6-3.

Top seed Casper Ruud is also through to the last four after he received a walkover against Henri Laaksonen. The Norwegian will face Roberto Carballes Baena after he eased past Norbert Gombos 6-4 6-2.

At the Hall of Fame Open in the United States, Australian Jordan Thompson saw off Maxime Cressy in straight sets and will meet home hope Jenson Brooksby in the semi-finals.