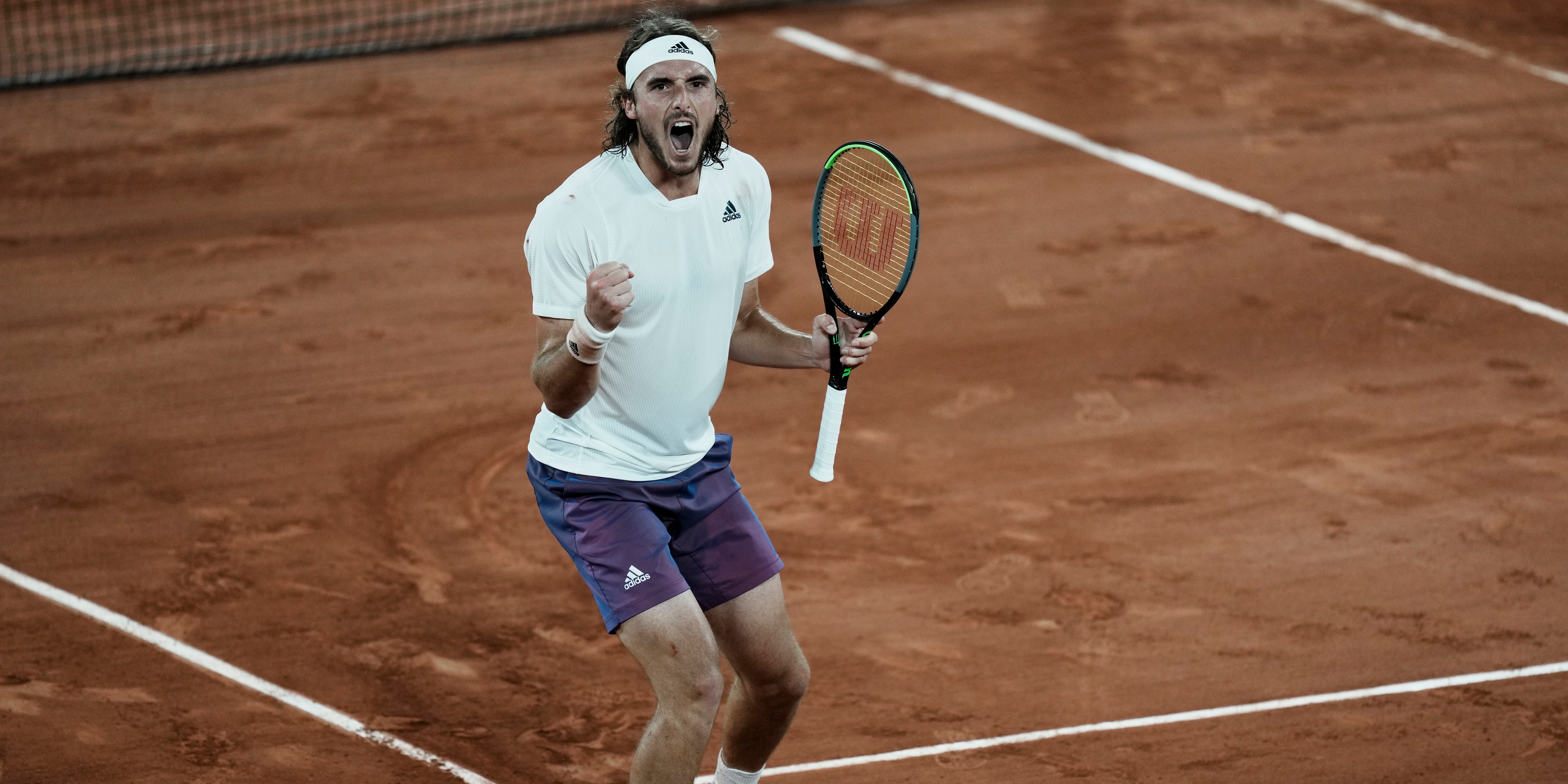 Stefanos Tsitsipas saw off number two seed Daniil Medvedev 6-3 7-6 (3) 7-5 in the night session to reach the semi-finals of the French Open.

Alexander Zverev had earlier secured his place in the last four at Roland Garros for the first time with a comfortable straight-sets win over Alejandro Davidovich Fokina.

Britain’s Joe Salisbury will play in the mixed doubles final with American partner Desirae Krawcyzk after they were given a walkover.

Tweets of the day

Zidansek was the first player representing Slovenia to reach a grand slam quarter-final, but not the first Slovenian. Mima Jausovec won the title at Roland Garros in 1977 playing for Yugoslavia.

Zidansek said: “During Covid last year, things in Slovenia were quite OK. We gathered all the players and we did like a Laver Cup kind of thing. It was called Mima Jausovec. That’s when I met her. Of course I know her result about winning Roland Garros and everything. She’s a legend of the sport in Slovenia.”

Del Potro back on court

It is almost exactly two years since Juan Martin Del Potro fractured his kneecap during a fall at Queen’s Club. Four operations later, the Argentinian is still some way away from a return to the match court but all of his fans will be pleased to see him hitting balls again.

Rafael Nadal and Novak Djokovic will attempt to set up yet another grand slam battle when they contest their quarter-finals on Wednesday.

Nadal plays Diego Schwartzman, who he beat in the semi-finals last year, while Djokovic takes on big-hitting Italian Matteo Berrettini.

Defending women’s champion Iga Swiatek is yet to drop a set and will be the favourite against Maria Sakkari while 17-year-old Coco Gauff takes on Czech Barbora Krejcikova.