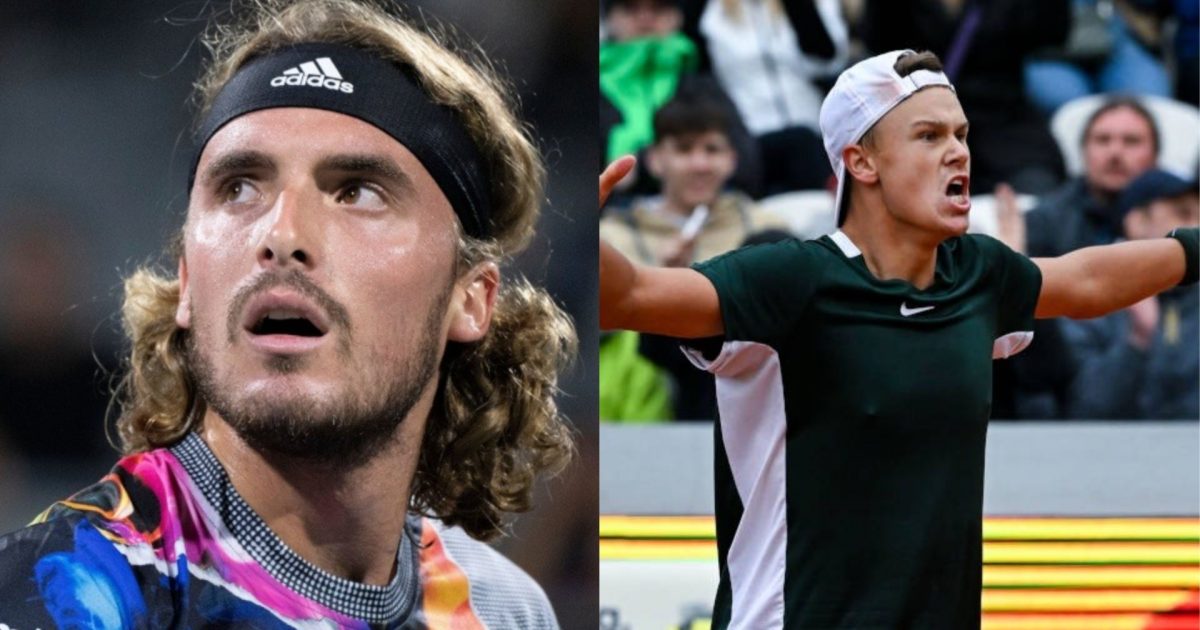 Stefanos Tsitsipas will take on teenager Holger Rune for the Stockholm Open title on Sunday.

Tsitsipas, who won the tournament on his only previous appearance in the Swedish capital four years ago, eased to a 6-2 6-2 victory over Finn Emil Ruusuvuori in the semi-finals on Saturday.

There will be Scandinavian representation in the final, though, with 19-year-old Dane Rune continuing his excellent season with a 4-6 7-6 (1) 7-5 victory over Australian fifth seed Alex De Minaur.

Rune will bid to win his second ATP Tour title of the season having lifted his maiden trophy in Munich.

Tsitsipas has already booked his place at the ATP Finals in Turin next month, and Felix Auger-Aliassime and Matteo Berrettini both boosted their chances by reaching finals in Antwerp and Naples, respectively.

“[It was] a great match from my side, I think I played very well,” said Tsitsipas after his victory. “I was really focused, [it was] one of the matches where I was really into the game and I was able to produce some really good tennis throughout the entire match, pretty much. I was there, I was very daring, I was really going for it, and it worked in my favour.”

Auger-Aliassime is inside the top eight as it stands and is bidding for back-to-back titles after claiming the trophy in Florence last week.

The Canadian defeated Richard Gasquet 7-6 (2) 7-6 (3) and will take on American Sebastian Korda, who ended Dominic Thiem’s best week since his lengthy absence with a wrist injury.

Thiem saw off top seed Hubert Hurkacz in the quarter-finals and won the first set on Saturday but Korda battled back to claim a 6-7 (4) 6-3 7-6 (4) victory and continue his own good form.

Back-to-back finals for Korda having navigated past Thiem 6-7 6-3 7-6#EuropeanOpen pic.twitter.com/hlJBDBX7fx

There will be an all-Italian final in Naples, where Berrettini will take on 20-year-old Lorenzo Musetti.

Musetti eased to a 6-3 6-4 win over Miomir Kecmanovic while Berrettini was troubled by a foot problem in a 3-6 7-6 (2) 6-3 victory against American Mackenzie McDonald.

Berrettini, who will contest a first hard-court final after 11 on clay or grass, said on atptour.com: “I don’t even know how I did it. I wasn’t feeling very good. I asked for the physio because my foot was hurting. I didn’t want to retire. My team told me, ‘I think you should stop’. But I tried and I found a way.”

Meanwhile, 20-year-old British player Jack Draper will take on world number one Carlos Alcaraz in the first round of the Swiss Indoors in Basel next week.