‘Stressed’ Naomi Osaka reveals injury doubts ahead of US Open 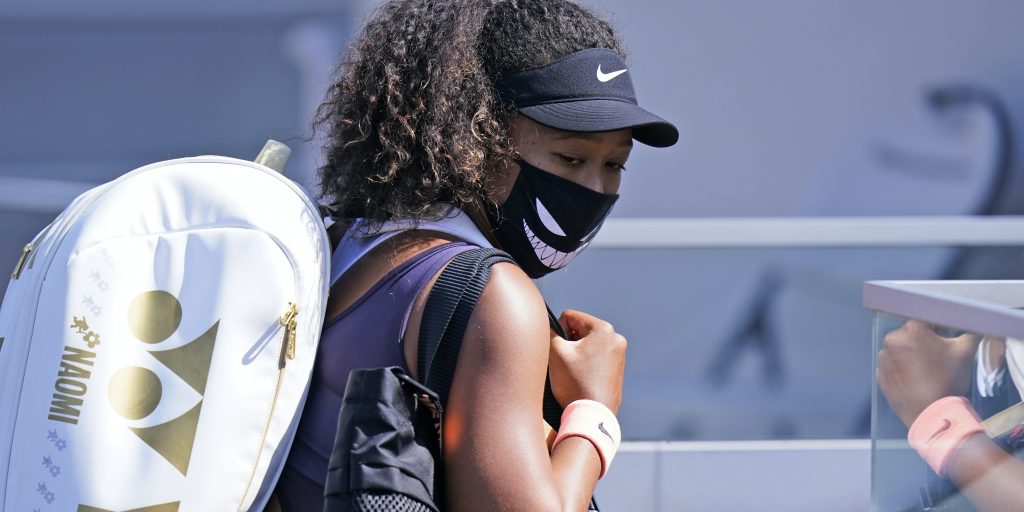 Naomi Osaka is unsure whether she will be fully fit for the US Open.

The 2018 champion pulled out of the final of the Western & Southern Open on Sunday after picking up a hamstring injury in her semi-final win over Elise Mertens, handing the title to Victoria Azarenka.

The Japanese player is due to face her compatriot Misaki Doi in her first-round match on Monday and hopes to recover in time.

“I never know with that, but I just hope I’m giving myself the opportunity and the chance to have enough time, because I feel like I would know the answer after I played my US Open match,” she said.

Her withdrawal from the Western & Southern Open, played at the same site as the US Open, ends an eventful week for Osaka, who originally pulled out of her match with Mertens in protest at the police shooting of Jacob Blake before being reinstated after the whole tournament was suspended on Thursday.

She also put her injury down to the lack of ice baths in the bio-secure bubble and admits to being “stressed”.

“Honestly I’m a bit stressed, but at the same time I feel like I have to keep forcing into my brain that I made the choice to come here, so I shouldn’t be stressed about it and I should just be happy to be playing in the first place.

“So that’s kind of what I have been trying to think.

“Of course I never want to lose in the first round, and I don’t even want to have that thought in my head, but I know that’s a possibility.

“So I’m just going to think about doing the best that I can.”

Osaka is just one four of the women’s top 10 playing at Flushing Meadows after a host of withdrawals due to concerns over the coronavirus.

That should give Serena Williams an increased chance of finally moving to 24 grand slam titles, which would equal Margaret Court’s record.

She has been stuck on 23 since winning the 2017 Australian Open and has lost her last four grand slam finals, including two at the US Open.

The 38-year-old still has fire in her belly, though.

“I’ve been definitely proudly stuck here, party of one. I’m pretty happy about it,” she said of her 23 grand slams.

“Obviously I’m never satisfied. That’s been the story of my career. So it is what it is. I took a year and a half off for a baby. So I don’t know.

It could be the year of the veteran as Kim Clijsters is making a comeback aged 37, having been off the tour for the last eight years.

“Trying to imagine how that would feel, I think it would feel incredible,” she said. “I think what I focus on the most is to try and play good tennis. I think that’s where it starts for me, playing good tennis.”

American Sofia Kenin won the only grand slam of 2020 at the Australian Open back in January.

The 21-year-old will use those positive memories to help her in her home grand slam.

“Obviously it’s something that I obviously think about, I remember,” she said. “It was such a great moment. It’s something I’ll never forget.

“But it’s a little bit hard given the circumstances, what happened.

“Taking it into this week, I’m obviously going to use whatever I can from January, think about it, hopefully build up when I play here.”