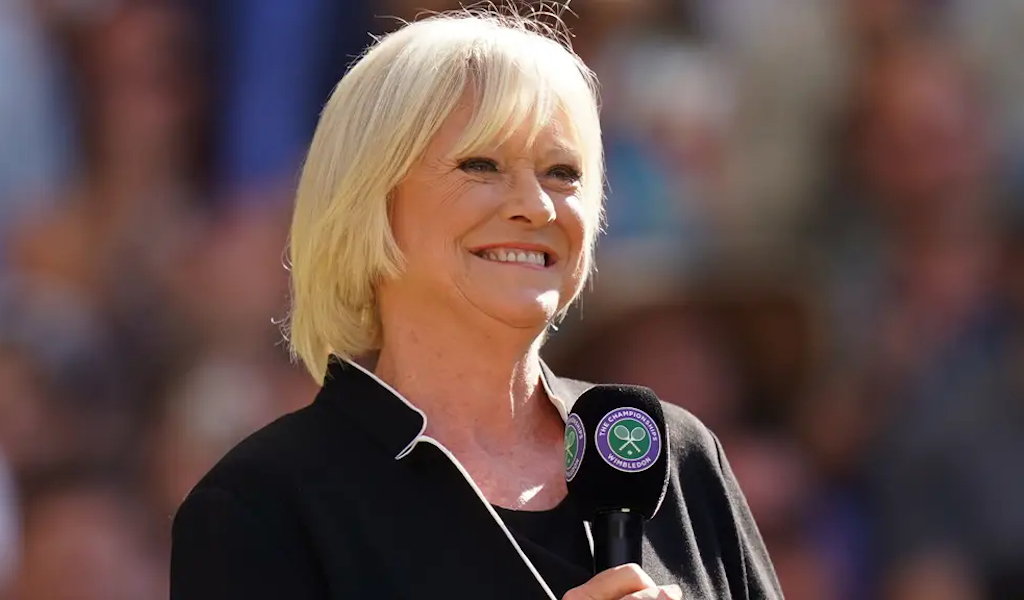 Sue Barker said a tearful goodbye to Wimbledon after her final stint at presenting the BBC’s coverage.

The 66-year-old is hanging up her microphone after 30 years of fronting the annual sporting showpiece.

Commentator and former Wimbledon champion John McEnroe introduced a package of Barker’s highlights, both as a player and a presenter, at SW19.

McEnroe said “Sue Barker is Wimbledon” while there were tributes from the great and the good of the sport.

Sue Barker reacts to a tribute to her incredible career on the BBC.#BBCTennis #Wimbledon pic.twitter.com/xHGpcEabVH

From elsewhere in the sporting world, Olympians Robin Cousins and Michael Johnson also sent their best wishes for a happy retirement.

A broadcasting legend. 30 years at the top of the game. Here’s to Sue Barker. 👏

“You made me cry,” eight-time Wimbledon winner Federer while Murray said: “You are going to be missed by everyone who loves tennis.”

“I’ll miss the job, I wish I had the next 30 years because I love it but most of all I’m going to miss the people I work with in front of the camera, behind the camera . You’ve just been absolutely amazing.

“I’ve just been so proud to front the programme. Thank you.”