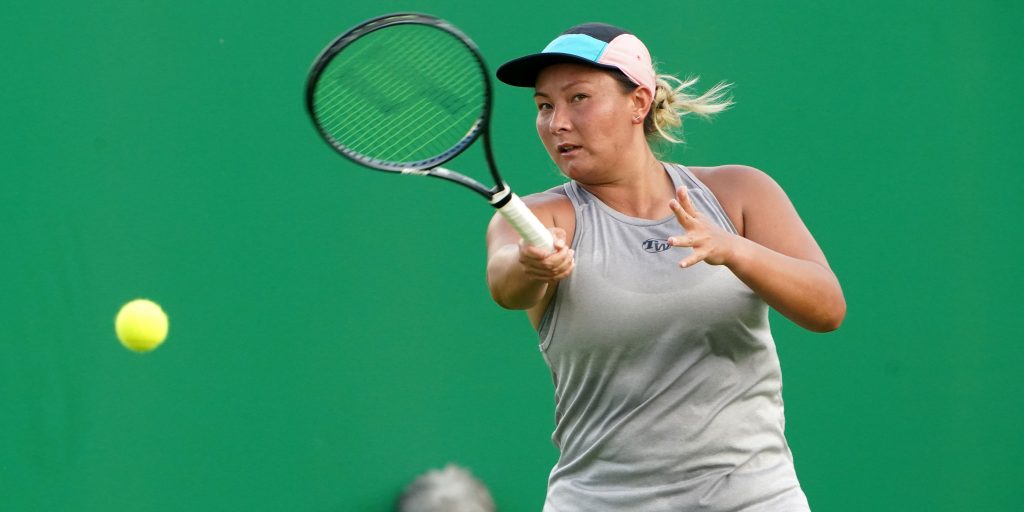 Tara Moore set up an all-British clash with Heather Watson in the second round of the Viking Open in Nottingham.

Her reward – in the first UK grass-tournament since Wimbledon 2019 – is a match with Watson in the next round.

How good is it to have grass court tennis back? 😀

Jodie Burrage is still waiting for her first WTA Tour win after squandering the lead against American Kristie Ahn.

Burrage looked well on her way to a maiden victory when she stormed to the first set, but Ahn recovered to take a 1-6, 6-3, 6-2 win.

Two-time Grand Slam semi-finalist Coco Vandeweghe is out after a 7-6 (7-4), 6-4 loss to France’s Oceane Dodin.