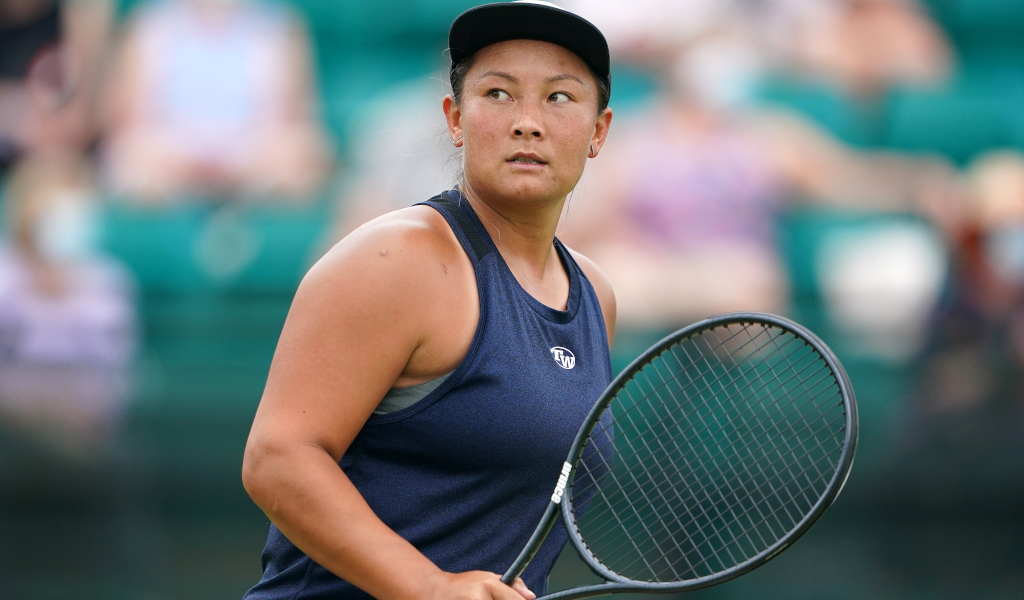 Britain’s Tara Moore is happy to ruffle feathers in her bid to help Novak Djokovic change the landscape of professional tennis.

Moore, from Doncaster, may only be ranked 465 in singles but she has long been an outspoken voice for equality and is the main female face in what is potentially a crunch political moment within the sport.

Djokovic and Vasek Pospisil formed the Professional Tennis Players Association last August in a bid to give players a real voice separate to the ATP and WTA, which also represent tournaments.

At the heart of their message is a desire to see more of the revenue generated from the sport go to the players, with the aim of allowing more athletes to make a sustainable living.

Moore told the PA news agency: “Speaking to Vasek, he’s always been a very passionate guy, and speaking to the lawyers from the PTPA, it doesn’t seem like they’re doing anything with an agenda, it’s all to try to help the players.

“Obviously Novak doesn’t need to do anything, he’s got plenty of money, he’s getting plenty of press, he’s got all of his sponsors, he doesn’t need to come out and fight for lower-ranked players but he has and I feel like that’s got to be saying something.

“Seeing how the tour is run, I do think there has to be big changes. Obviously with the players not having a seat at the table, we can’t make any changes. It’s good to ruffle some feathers sometimes and hopefully we can garner some change.”

Every day I try to speak to the women on the WTA / ITF tour to speak up and maybe we can make a difference, and every day I’m met with a different excuse or complacency, it’s time for women to join this fight too and not just let the men fight our battles. #playersvoice

Moore has spoken mostly with Pospisil, saying of Djokovic: “I’ve spoken to him a little bit but not that much, I speak to Vasek a lot of the time mostly because I think Novak’s trying to speak to the big birds.”

Having been largely silent since last year, the PTPA stepped into the limelight again just before Wimbledon with the announcement of a leadership team and a media launch.

That was met with a firm response from the ATP, which, along with the WTA, has a player council. The ATP said in a statement: “The creation of a separate player entity provides a clear overlap, divides the players, and further fragments the sport.”

A number of high-profile male players have come out in support of the PTPA – although player council members Roger Federer and Rafael Nadal are against it – but, barring Moore’s, female supportive voices have been notable by their absence.

Moore said: “I’m probably the most outspoken on the female side, and I think the women like it that way because they come to me and I’m already out there.

“I think a lot of the female players are just happy that someone’s speaking up for them. There’s a lot of fear with speaking up because we don’t know what it could change and what it could help or hurt. Hopefully in the future when we see there’s nothing negative then it will be a bit different.

“There’s never a good time to push for more money because that’s not really a very PC thing to say but, with everything that’s happened, I think there’s no better time to say, ‘Hey, look. This is why we need to be better supported’.”

Moore is also highlighting her commitment to equality by partnering with recruitment forum Set Your Worth, which as the world’s first international anonymous job-hunt platform is aiming to tackle low pay linked to discrimination.

Set Your Worth will donate GBP 35 to a LGBTQI+ charity for every ace Moore serves and every set she wins at Wimbledon.

The ace count currently stands at three and sets at two after Moore and Arthur Fery reached the second round of the mixed doubles on Saturday.

Moore, 28, said: “I’ve always been quite an open character on the tour and equality is something I’ve been talking about for a long time so, when the opportunity came to partner with Set Your Worth, it was a no-brainer really. What they’re trying to do in the job industry, I think it’s great.”

Moore, who is in a relationship with fellow player Emina Bektas, believes tennis is a good example of an open environment, saying: “I definitely think having Billie Jean King and Martina Navratilova championing our side of being out has helped.

“It’s become a normal thing, that’s how I feel about it and I think that’s how everybody else feels about it, and it’s great. I don’t feel any animosity at all.”