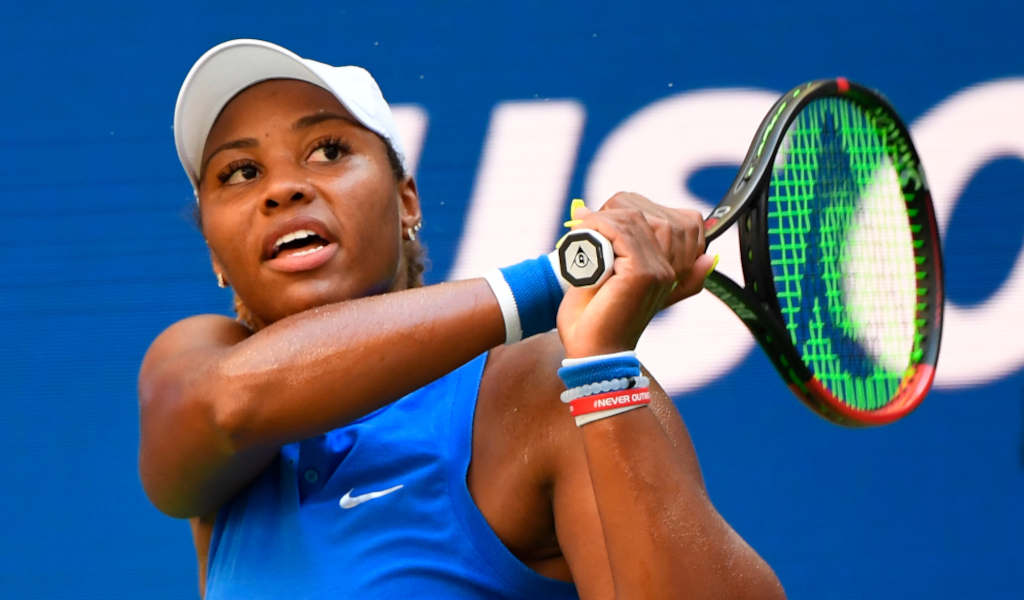 Taylor Townsend gives a hearty laugh at the idea she might have been worried about social media trolls.

“No, because I knew I was fat,” she says matter-of-factly. “You’re not going to hurt my feelings, I’m very aware. But I’m doing something about it.”

Townsend, a 26-year-old American, is talking about her path back to tennis following the birth of her son Adyn 18 months ago.

Female athletes having children mid-career is becoming more common, especially in tennis, but not many are willing to show publicly their post-birth bodies.

Townsend did just that, posting videos on Instagram of her early workouts and making no attempt to hide how hard she found it. Considering everything she went through early in her career, it was extremely brave.

From humble beginnings on the south side of Chicago, Townsend had developed into the best junior in the world in 2012, winning the Australian Open girls’ title, when she was denied a US Open wild card and asked to sit out the junior tournament because of her body shape.

In a candid piece for The Players’ Tribune last year, Townsend wrote: “They didn’t just alienate me for not fitting the ‘mould’ of what a tennis player should look like – they punished me. They took away something I’d earned. I was fat, and I was black, so they took away my dream. Or at least they tried.”

I was fat and I was black, so they took away my dream or at least they tried…..

Townsend, a talented left-hander with a crowd-pleasing game, played in the US Open juniors anyway, winning the doubles title, but the experience had a profound effect on her.

Ten years on, the journey back to fitness from childbirth hit hard, with Townsend saying: “It was very difficult. For the longest time I was like, ‘Oh I’ve just got to lose 20 pounds’, and I struggled with that.

“But then after having him and I had 80 to lose, I was like, ‘Holy crap. I’ve never had to do this before’. It was a lot of firsts for me. I was just wanted people to know that, even though we are out here on these courts and these stadiums, hitting a fuzzy yellow ball, I struggle.

“I wanted to connect with everyone on that because it’s something that’s incredibly real.”

“But I really didn’t get that (abuse). I think it was inspiring for people because not a lot of people show when they’re down and out in the struggle. It was more, ‘We see you’, and that meant more to me.

“That’s why being here in these places makes it so much more worthwhile because I truly earned my way of being back out here and each and every match that I play. I had to put the work in and I draw a lot of confidence from that.”

The United States Tennis Association was heavily criticised for its handling of Townsend, and her experiences exposed a lack of understanding of cultural differences regarding body shape.

Encouragingly, Townsend feels things have changed in the last decade and takes pleasure in knowing others have benefited from the difficulties she experienced.

“I’ve seen things happen that were different than when I was coming through,” she said. “I had conversations with Coco (Gauff) several times and she was like, ‘My parents didn’t do such and such because of what you went through’.

“They didn’t get that when they first came out on the circuit and for years it was a ton of pushback. If hardships that I went through and that I personally learned a lot from, which helped me develop as a person, helped other people to curve roadblocks, I think that’s a win.”

Townsend experienced early ups and downs in the women’s game, later revealing she had battled with depression, but she achieved some notable results, especially her run to the fourth round of the US Open in 2019, which included victory over Simona Halep.

She returned to the tour in April having not played since the US Open in 2020 and won her third tournament back.

Townsend’s ranking is already back inside the top 200 and, although she lost a close match against Katerina Siniakova in the first round of the singles at Flushing Meadows, she and Caty McNally are in the third round of the doubles.

Adyn is enjoying running around the player areas and Townsend has full confidence that the best days of her career lie ahead.

She said: “I set a goal for myself to return back after having my son better than I left, and in multiple facets and areas, not just how I’m playing. I definitely feel like a different player, a lot more clear, a lot more confident with what I’m doing.”