Virginia Wade on teenager Emma Raducanu: ‘She is going to win Grand Slams, for sure’ 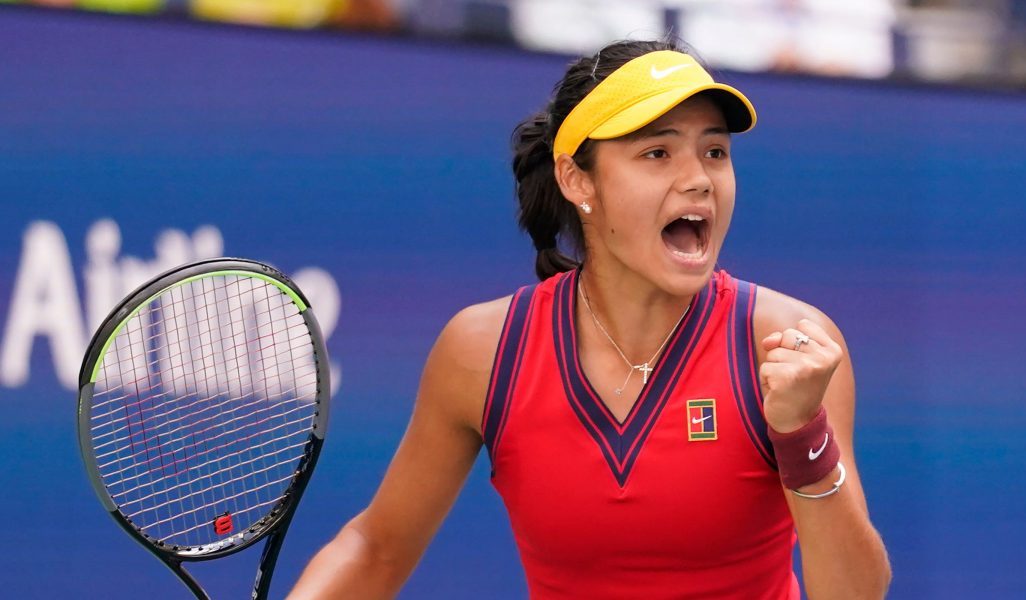 Wednesday’s quarter-final against Belinda Bencic will show whether Emma Raducanu is a genuine contender for the US Open title.

Such a notion would have seemed ridiculous when the 18-year-old from Kent began her qualifying campaign in New York two weeks ago but, with only eight women left, and Raducanu having steam-rollered her way through the draw so far, it is now an extraordinary possibility.

Raducanu showed off her talents on the biggest stage in tennis on Monday, overcoming a nervous start to dismiss American Shelby Rogers 6-2, 6-1.

We are in the last 🎱 of the @usopen 🗽 Thank you to everyone for your continued support! pic.twitter.com/2bLqZt6Y9Z

Watching from the stands on Arthur Ashe Stadium was the last British woman to win a singles title in New York, Virginia Wade, who lifted the trophy back in 1968.

A touching moment saw Raducanu alerted to Wade’s presence in her on-court interview and react with joyful enthusiasm, describing the three-time Grand Slam singles champion as an “absolute legend”.

Speaking to ESPN after the match, Wade was effusive in her praise for Raducanu, hailing the teenager as the player to end her long reign as Britain’s last female winner of a Slam singles title.

“She’s really good in all departments,” said Wade. “She serves great, her groundstrokes are fantastic, her concentration is good, physically she is strong – she really has it all. She is going to win Grand Slams, for sure.”

The past and future of British tennis… #USOpen pic.twitter.com/6pSUko1Ayi

The ease of Raducanu’s progress through the draw has been remarkable, the teenager losing just 15 games so far, but, as impressive as she has been, she has also been fortunate in the opponents she has faced.

Throughout her run to the fourth round of Wimbledon and the last eight here, Raducanu is yet to face a top-40 opponent – an unusual occurrence for an unseeded player.

She had been due to meet last year’s semi-finalist Jennifer Brady in the first round at Flushing Meadows only for the American to make a late withdrawal through injury, meaning lucky loser Stefanie Voegele took her place.

As the 11th seed and world No12, Bencic is by some distance the highest-ranked player Raducanu has ever faced, and she would be even higher if ranking points were awarded at the Olympics, where the Swiss player claimed the singles gold medal. 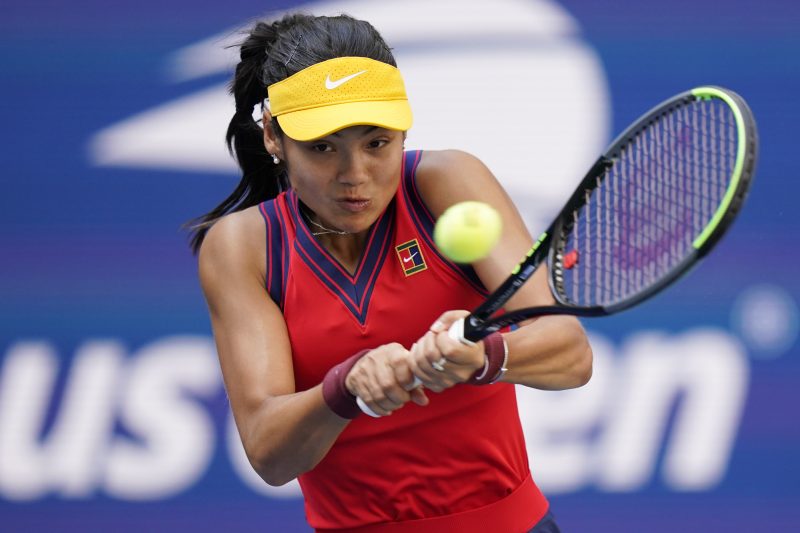 She has ridden that wave of confidence in New York, also making the quarter-finals without dropping a set and her victims have included seeded duo Jessica Pegula and Iga Swiatek.

Bencic was a prodigious junior talent and made the last eight at the US Open for the first time aged 17 but her progress was derailed by injuries – a reminder that there are no certainties in sport – and she did not reach the same stage of a slam again for another five years.

Mentored by Martina Hingis’ mother Melanie Molitor and with a similar tennis IQ, Bencic is now 24 and potentially hitting her peak.

Raducanu said of her opponent: “She has a lot of experience on the tour. She’s in great form, having won Olympic gold. I’m also feeling good about my game, also confident with the amount of matches I’ve played. I feel like I’m building with each one.

There is no doubt, though, that Bencic will not relish taking on Raducanu, knowing the British player can play with a freedom reserved for teenagers living out a dream.

“She’s up and coming and an amazing talent,” said Bencic. “I didn’t see much yet how she played, but what I saw is definitely she’s very athletic, she’s moving great, and she has great results.”