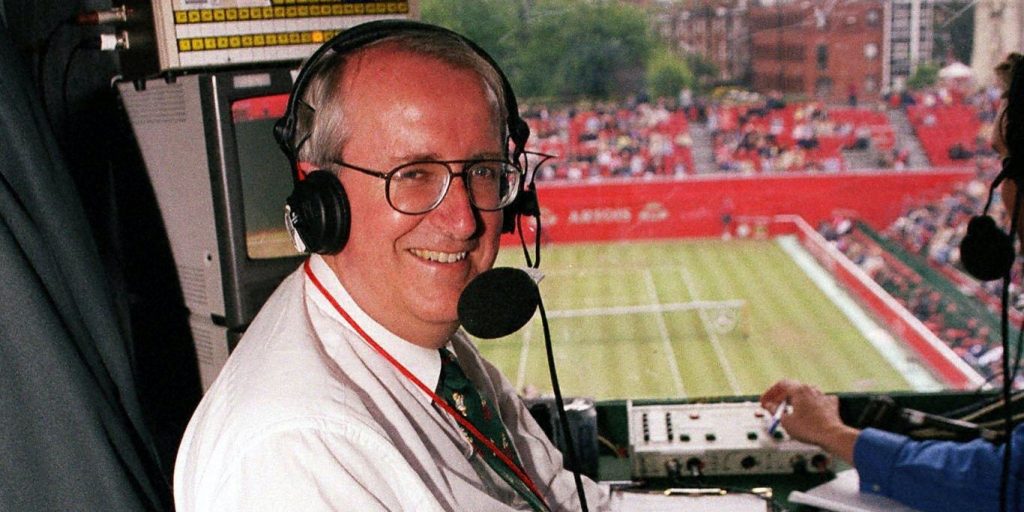 Mercer umpired the Wimbledon men’s singles final between Jimmy Connors and John McEnroe in 1984 before focusing on the world of broadcasting.

As well as tennis, he commentated on sports such as American football, cricket, rowing, rugby union and skiing.

“The LTA is saddened today to hear of the passing of one of our sport’s most iconic and distinguished voices in David Mercer,” said Lawn Tennis Association chief executive Scott Lloyd.

“A keen sportsman, always proud of his Welsh roots, David wore many hats throughout a career that spanned nearly five decades.

“He captained his university tennis team… umpired all over the world including Queens and Wimbledon, where he had the honour of presiding over the 1984 men’s singles final.

“David wrote on tennis for many leading national newspapers but is probably best known in his capacity as a tennis broadcaster.

“His immense passion for the sport came across in his commentary. Our thoughts are with his family and friends.”

Mercer was born in Swansea in 1950 and won a Welsh junior doubles tennis title in 1968.

He was a graduate of Nottingham University and qualified as a solicitor, running his own firm in Swansea for nine years.

Mercer started working as a freelance in sports broadcaster for BBC Wales in 1979 and umpired at Wimbledon between 1973 and 1984.

“John McEnroe called him a s*** once and he always enjoyed that,” said Mercer’s long-time agent Anthony Blackburn.

“David was a lovely, kind man who I was fortunate to represent for many years.”

McEnroe later worked with Mercer as his co-commentator and said: “My God, they’re giving me an umpire!”

Mercer was good-hearted in his post-match response, saying: “It’s been great fun. John’s very articulate and opinionated, which makes for great television.”

He continued to travel the tennis circuit as a freelance commentator for the BBC and Eurosport, and would have worked at Wimbledon this year but for the tournament being cancelled due to the coronavirus pandemic.

Mercer was married to his second wife Sue and had one daughter, Caroline, and two stepchildren, Liz and Chris.