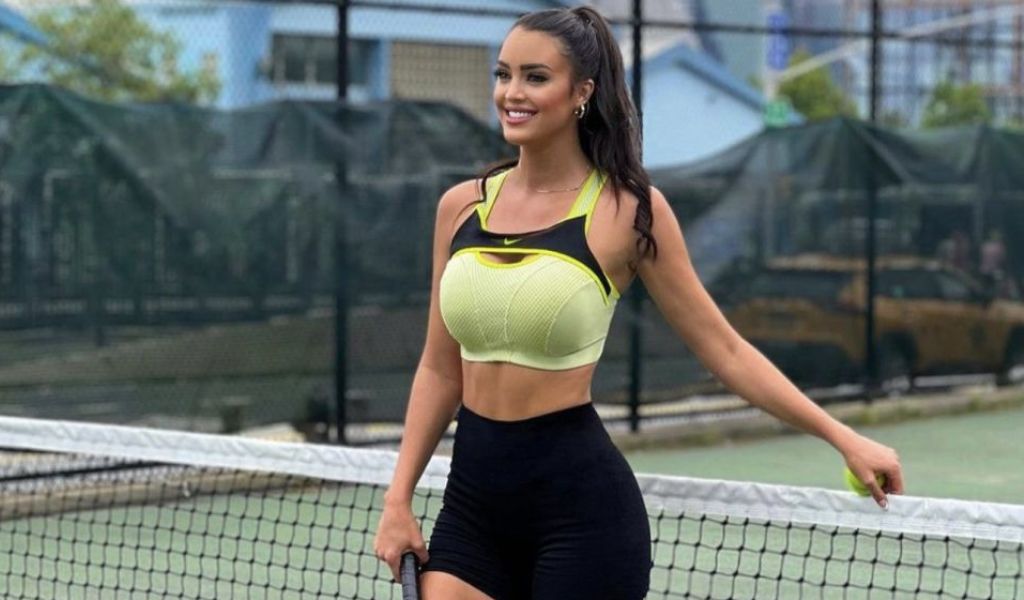 The game’s top players have dominated the tennis influencer scene up to this point, but Rachel Stuhlmann is eager to change that story.

Roger Federer, Serena Williams and Emma Raducanu are among the biggest hitters on social media platforms, but there is a growing trend of tennis influencers making an impact.

Tennis365 has previously featured the impressive work of respected coach Ashley Neeves and his growing ‘Tennis Mentor’ social media network, with Stuhlmann adding her name to the growing list of social media stars eager to bring awareness to tennis.

Now Rachel’s Instagram account has exploded in popularity, with her 232k followers earning her the title of the No 1 influencer in tennis.

Such a sizeable presence on social media is helping to drive the sport to a more youthful audience, with Stuhlmann suggesting she is keen to have a role in bringing tennis to a huge audience.

“I loved being an athlete,” she told Maxim. “Playing college tennis taught me many qualities—time management, work ethic, and resilience.

“I was super disciplined with my training and workout routines, and once I finished playing in college, I transferred that into my professional career.

“Now instead of preparing and training for big tennis matches, I focus on everything I have going on in my professional life and how I can best show up for all the various work I do within the sport.”

A post shared by Citi Taste of Tennis (@tasteoftennis)

She is also a keen fan of the current game and speaks with knowledge on the state of play in the men’s and women’s game in her Maxim interview.

“We’re witnessing the changing of the guards,” she stated. “The young players on the men’s side are starting to showcase their skills and personality and you’re starting to see it in the second week of the Slams.

“It’s not just the top three or four guys like we’ve seen in the past. On the women’s side, this was probably the most exciting year ever in women’s tennis.

“Not only with Serena’s retirement but the fact that any woman with any ranking can win the US Open! That’s how deep the women’s game is right now- filled with talent and surprises all year.”

Rachel has been compared to golf influencer Paige Spiranac, who has attracted huge social media following with her tips and advice in her sport.

Now tennis might have their own version as she added: “Tennis and golf are very similar sports.

“I respect what Paige has done for the sport of golf so much! We have similar stories, and I aspire to continue to push the sport of tennis forward while being unapologetically me.”

With influencers becoming so prominent in the modern media landscape, we are likely to be seeing a lot more of Rachel Stuhlmann.