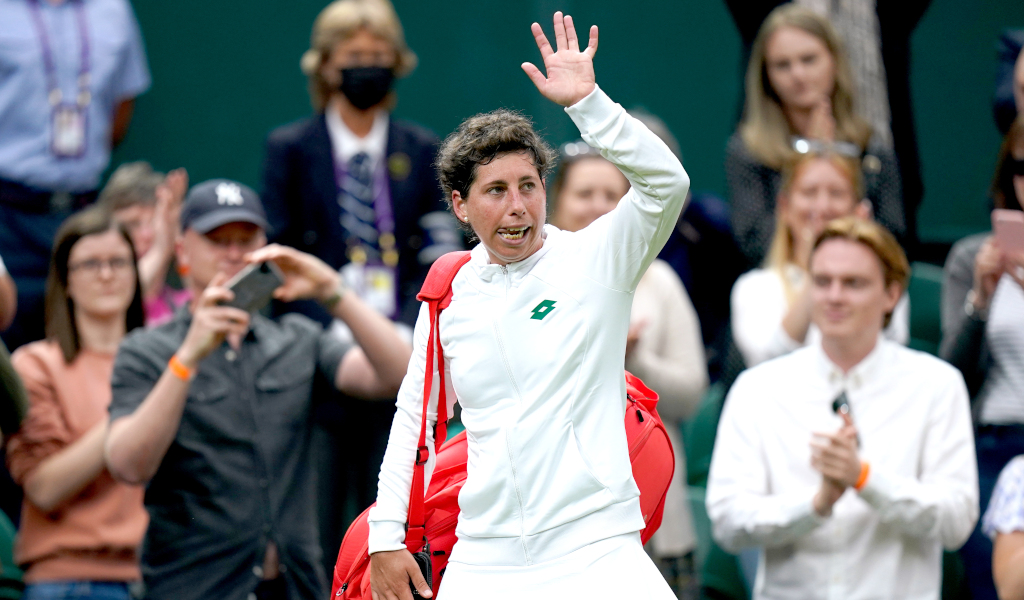 Top seed Ash Barty was made to work hard before she booked her place in the second round at Wimbledon while former singles’ champions Angelique Kerber and Venus Williams were also victorious on Tuesday.

Play got under way at the All England Club on time but the wet weather soon returned and forced the day two action on the outside courts to be suspended in the early afternoon.

The roof was closed on both Centre Court and Court One to ensure tennis could continue in SW19 but a number of matches were cancelled.

World No 1 Barty required one hour and 44 minutes to get the better of Carla Suarez Navarro, who bid farewell to the tournament after a back and forth encounter.

The Spaniard will retire at the end of the season having recently recovered from Hodgkin lymphoma and made the most of her time on Centre Court by winning the second set in trademark battling fashion.

After Barty had claimed the opener in 25 minutes, a straightforward victory looked on the cards but Suarez Navarro – in her 11th Championships – recovered from going a break down in the second to force a break of her own before she played flawless tennis in the tie-breaker.

Barty joined Centre Court in applauding Suarez Navarro off and said: “She is a hell of a competitor and hell of a fighter.

“It was a privilege to share the court with her today because I hadn’t had that opportunity to play Carla and it was really special to experience what she can bring from the other side of the court.

“All credit goes to her for her resilience to come back from the adversity she has and be able to have that moment with her was nothing short of remarkable.”

The 25th seed Kerber, who won Wimbledon in 2018, made it through with a straight-sets victory over Nina Stojanovic on Court One.

After winning the Bad Homburg Open last week, the German again showed her prowess on grass with a 6-4, 6-4 success.

Over on Court Three, the older Williams sister, Venus, treated those in attendance to a marathon contest against Mihaela Buzarnescu.

Eventually the 41-year-old prevailed after two hours and 37 minutes by a 7-5, 4-6, 6-3 score but some eyebrows were raised over the five-time winner being placed on an outside court.

Next up for the former world number one is a second-round meeting with 21st seed Ons Jabeur, who eased past Rebecca Peterson 6-2, 6-1.

A number of other seeds were able to progress before the rain arrived in the capital with eighth seed Karolina Pliskova able to beat Tamara Zidansek 7-5, 6-4 and Maria Sakkari (15) cruised past Arantxa Rus 6-1, 6-1.

American Alison Riske could not join them in the second round though after the 28th seed was knocked out in a three-setter to Tereza Martincova.