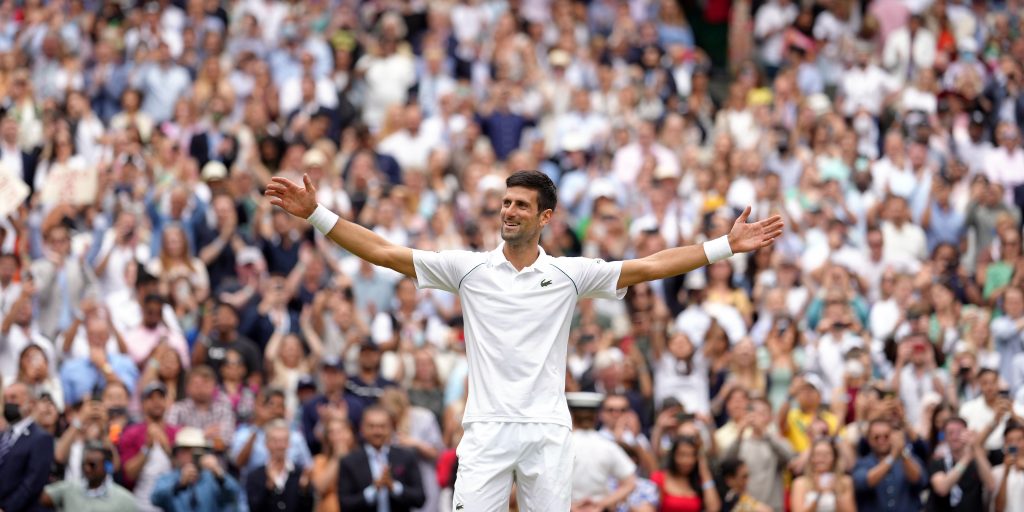 Here we look at Djokovic’s route to the trophy. 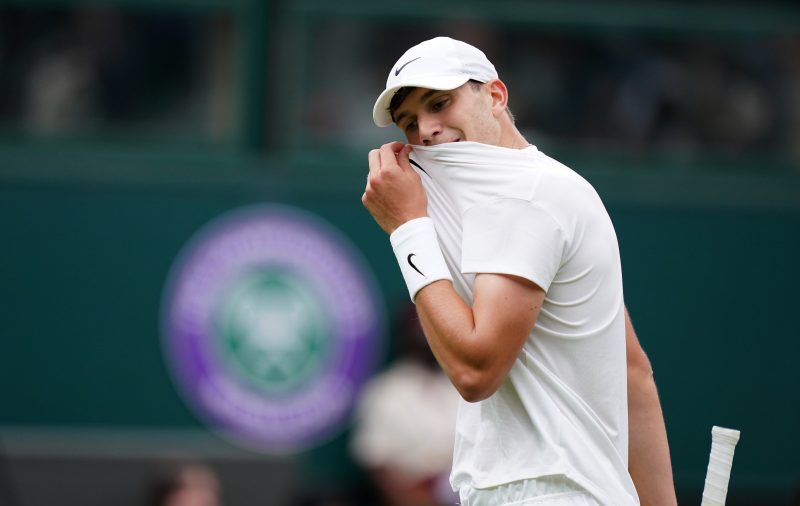 British teenager Draper gave the reigning champion a bit of a wake-up call when he took the first set on his Centre Court debut. The 19-year-old received plenty of plaudits for his performance but Djokovic still eventually breezed through. 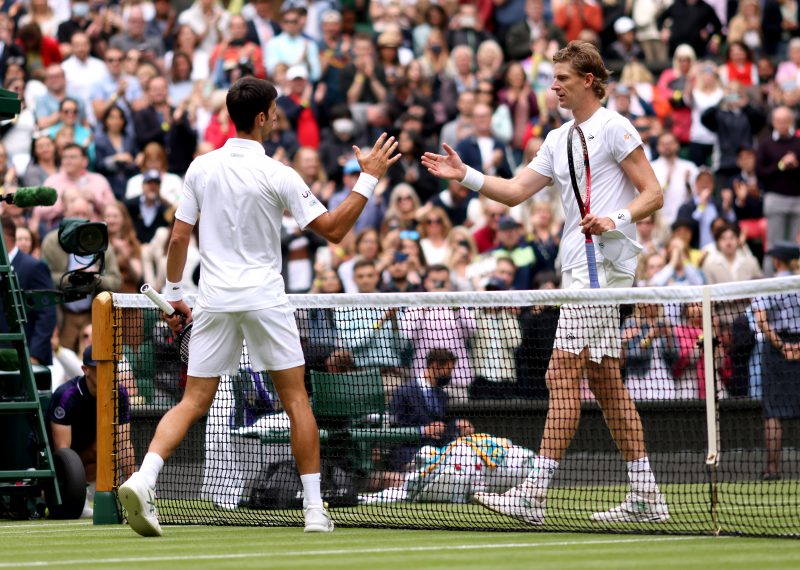 Djokovic negotiated a potentially tricky second-round tie against South African Anderson in what was a repeat of the 2018 final. A straight-sets victory proved enough for Djokovic to claim the title three years ago and he repeated the dose by once again making light work of the big-serving Anderson. 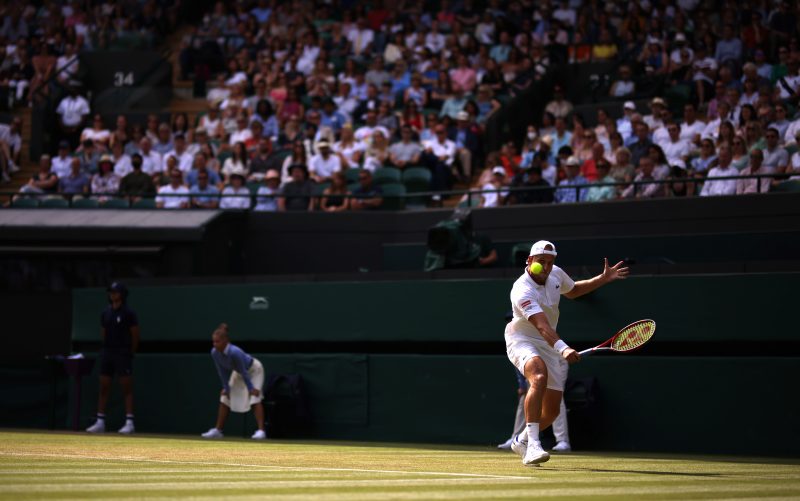 Another straight-sets win but this one was not nearly as straightforward. Back-to-back double faults from Djokovic gifted world number 114 Kudla a 3-0 lead in the tie-break, but some trademark resolute Djokovic defence, and some poor shot choices from the American, saw the top seed through. 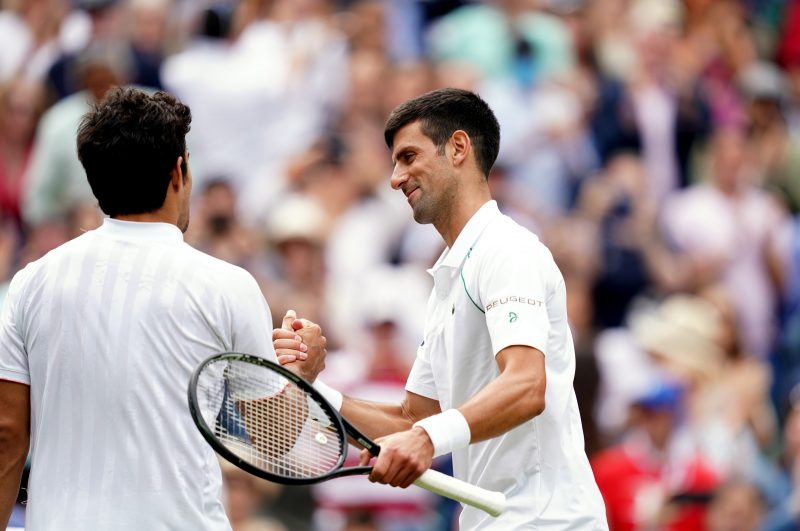 Djokovic eased into his 50th grand slam quarter-final with another straight-sets victory. Had he been able to pick an opponent for a last-16 clash at Wimbledon, he could have done a lot worse than Chilean Garin who, despite being seeded 17th, is a clay-court specialist and had never won a match at SW19 prior to this year. 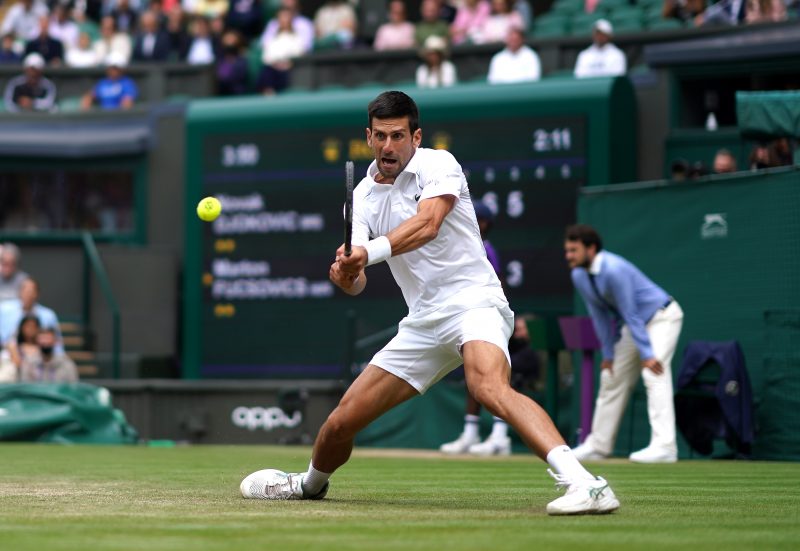 Things looked ominous for Fucsovics when Djokovic raced into a 5-0 lead and brought up two set points inside the first 25 minutes. The Hungarian fought hard but ultimately paid for his slow start to the match as Djokovic booked a place in the last four for the 10th time. 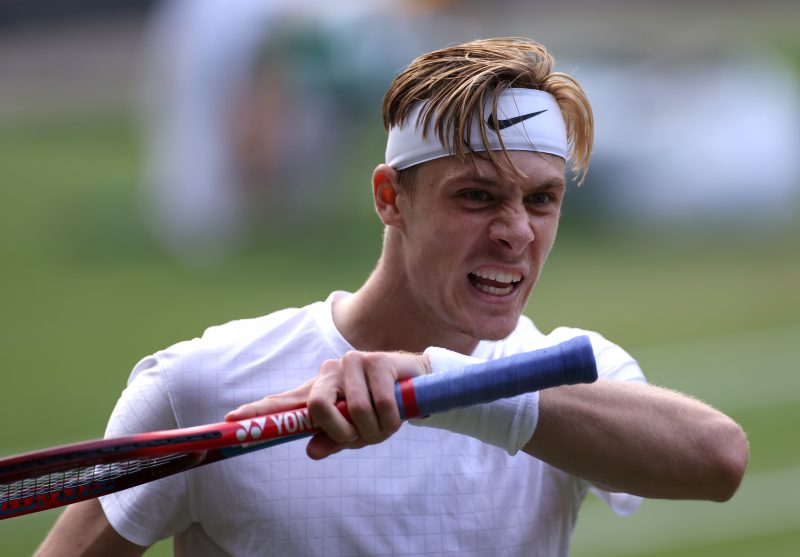 It was straight sets again but as Djokovic admitted afterwards, the scoreline did not tell the story of the match. Canadian 22-year-old Shapovalov, playing in his first grand slam semi-final, was the better player for most of the first two sets but could not convert his chances and fell in three of the tightest sets imaginable.

This legendary tale gains yet another chapter.@DjokerNole is the #Wimbledon champion for a sixth time pic.twitter.com/3nTlNNMJY2

Djokovic was playing in his 30th Slam final and Berrettini his first. Both men began nervously but Berrettini fought back to win the opening set. A run of four games in a row at the start of the second set got Djokovic into the match and, although it remained tight, the top seed prevailed.