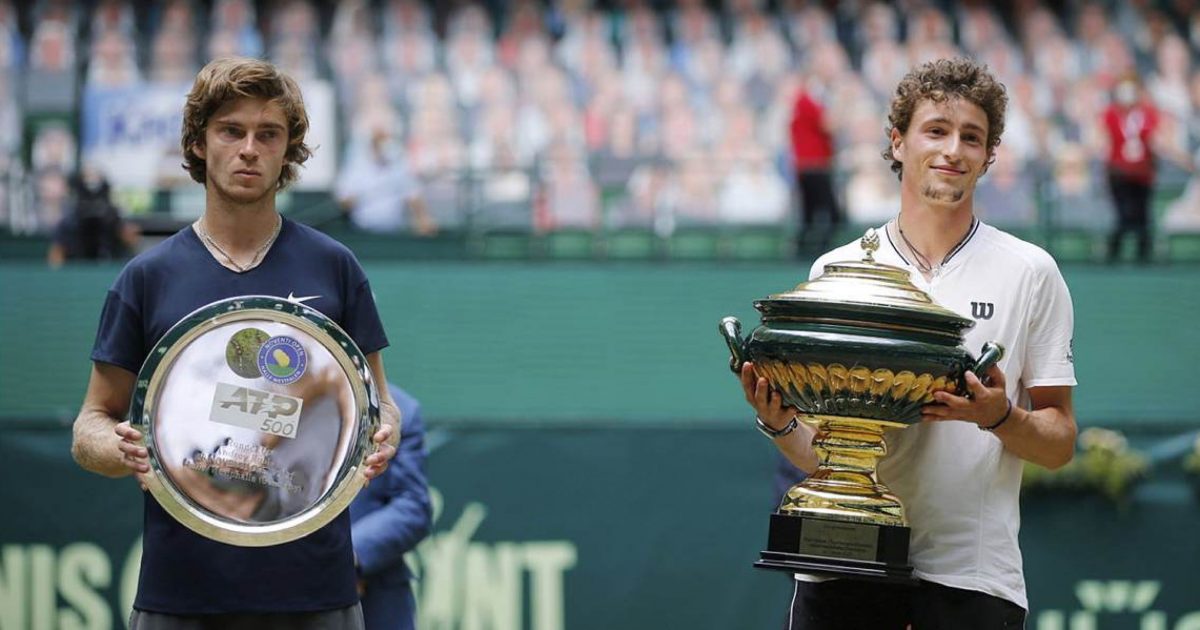 Humbert said on court: “It is incredible. It is the best victory of my career.

“I am very proud because it wasn’t easy. I was a little bit tired, but I tried to stay focused on each point, and did what I could, so it is very nice.

“I tried to stay aggressive and take the ball early because in the baseline rallies it was tough, because Andrey was hitting the ball very hard. Physically, it was tough, and I tried to take my chances when I could, and I won.”

At Queen’s Club in London, Matteo Berrettini won the cinch Championships with a 6-4, 6-7 (5-7), 6-3 victory over Britain’s Cameron Norrie.

Berrettini became the first Italian to claim the Queen’s title and the first debutant to win it since Boris Becker in 1985.

He said: “It’s been an unbelievable week and to think of Boris Becker’s name and my name is crazy.

“I have been watching the tournament since I was a kid and this is a dream come true to win it.

“Cam is a great player and this year he has shown how he can play on all the surfaces. He’s had a great week and I am sure he will win a title soon.”