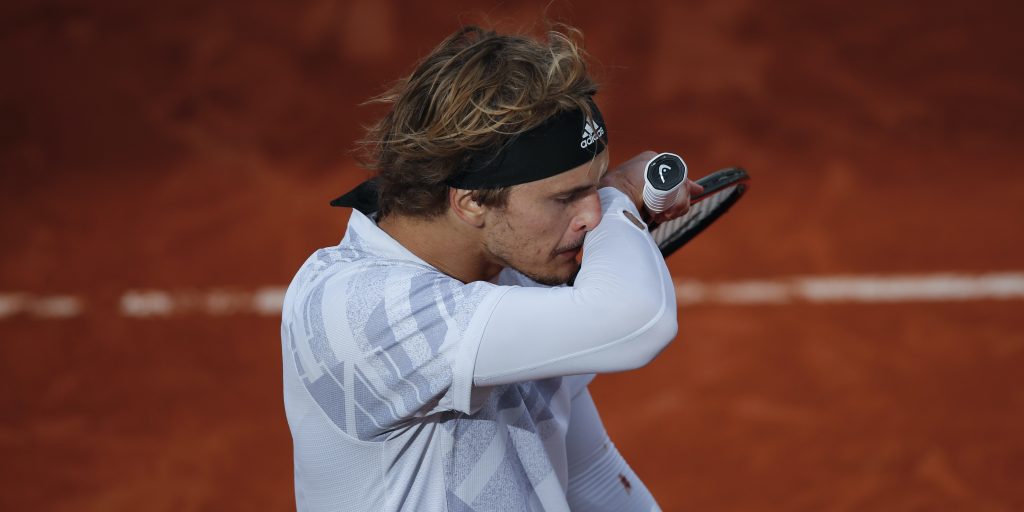 Alexander Zverev did not consult tournament doctors before taking to the court for his defeat by teenager Jannik Sinner at the French Open while feeling unwell.

The US Open finalist called for the doctor early on in the match and admitted after his 6-3, 6-3, 4-6, 6-3 loss to 19-year-old Sinner that he had been suffering from a fever.

Players are tested regularly for Covid-19 but tournaments organisers revealed on Sunday evening that Zverev’s last test was on September 29 and that he had not sought advice before playing.

The statement read: “Zverev is up to date on his tests, which have all been negative. His last test was on September 29, with results received on September 30.

“Today he received a reminder for his next test, to be carried out within five days of the previous results. He did not consult the tournament doctors before his match.”

Zverev kept his face mask on during his press conference, and said: “I’m completely sick. I can’t really breathe, as you can hear by my voice. I had a fever as well. I shouldn’t have played.”