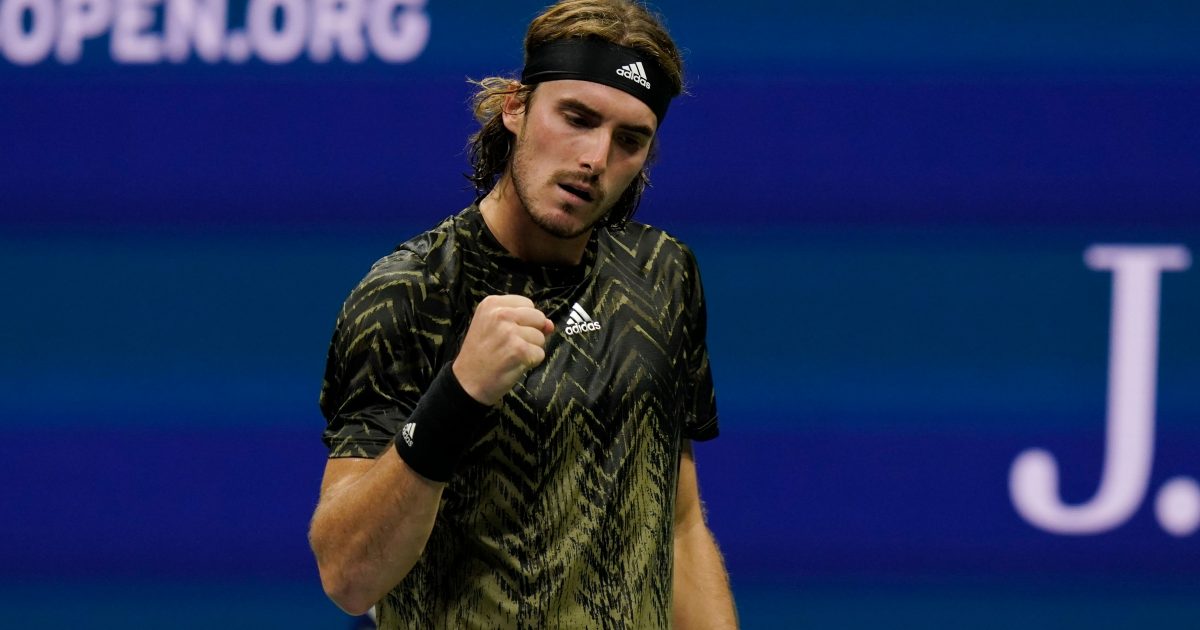 Stefanos Tsitsipas was jeered by the US Open crowd after taking another lengthy bathroom break during his second-round win over Adrian Mannarino.

The Greek third seed had angered Andy Murray with his long trips to the loo in their marathon five-setter on Monday.

Tsitsipas looked to be cruising into round three when he took a two-set lead against Frenchman Mannarino.

But he was up to his old tricks again after dropping the third set, leaving the court for more than seven minutes.

The late-night crowd on Arthur Ashe made their feelings clear when he finally returned, but the fired-up world number three went on to complete a 6-3 6-4 6-7 (4) 6-0 victory.

On court afterwards, Tsitsipas said: “I think taking a break and going to change – I was completely wet – it was very important for me to do that, to feel refreshed, the same like before.

Daniil Medvedev’s bid for an elusive first grand slam title continued to gain momentum as he brushed aside Dominik Koepfer.

The second seed, who was a finalist at Flushing Meadows in 2019, following up his first-round thrashing of Richard Gasquet with a 6-4 6-1 6-2 triumph inside two hours.

Medvedev said: “It was a great level from me – there were a few tight moments in the match that I managed to hold well, and I’m really happy to be through in less than two hours.”

In a significant upset, world number 117 Botic Van De Zandschulp surged past eighth seed Casper Ruud 3-6 6-4 6-3 6-4 to reach the third round of a grand slam for the first time.