US Open day 10: The Emma Raducanu fan club grows as the fairytale of New York continues 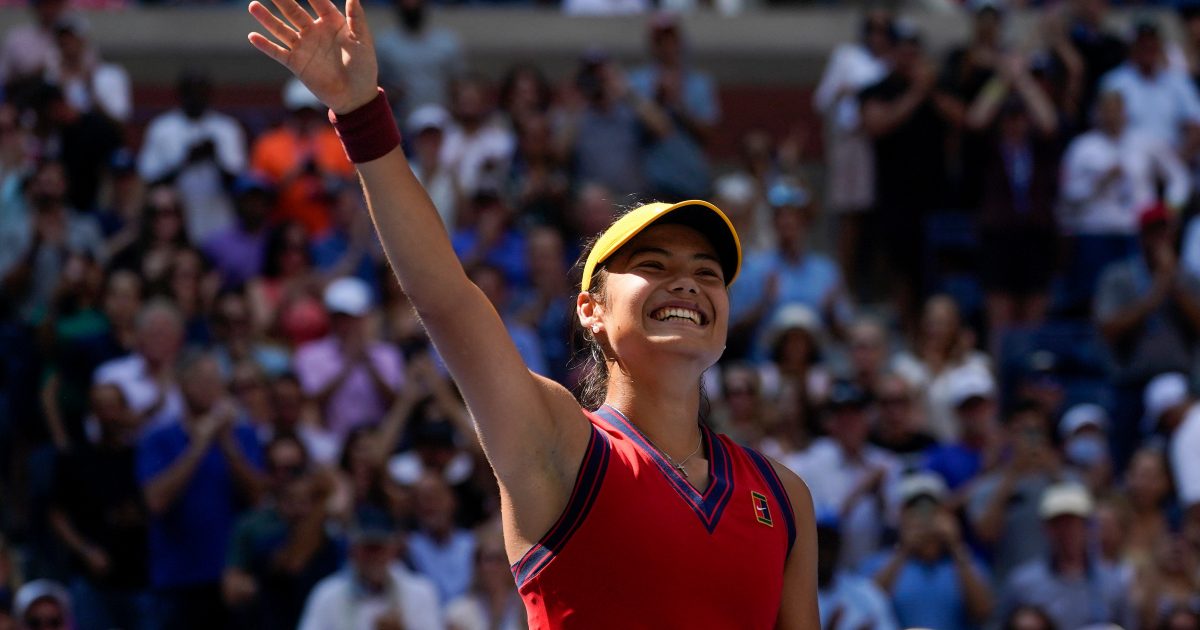 Britain’s Emma Raducanu continued her stunning run at the US Open by beating Belinda Bencic 6-3, 6-4 to reach the semi-finals.

The 18-year-old from Kent has yet to drop a set in only her second grand slam event after another outstanding display against the 11th seed and reigning Olympic champion.

Raducanu will face Maria Sakkari of Greece in the early hours of Friday morning for a scarcely believable place in the final.

Here we look back on a momentous day 10 at Flushing Meadows.

Tweet(s) of the day

What a performance. What a triumph. What a future. 18 year old @EmmaRaducanu is through to the semifinals of the US Open. Stunning. Well played. 👏🏻👏🏻

What a performance from @EmmaRaducanu to become the 1st qualifier to make the @usopen semifinals. She broke down the Bencic forehand and has a real chance to win her 1st major. Wow!The journey continues tomorrow.

Anyone else love to see a Raducanu vs Fernandez final 🙋🏼‍♀️🔥

The fan club is growing.

The moment @EmmaRaducanu secured her spot in the #USOpen semifinals. 🙌 pic.twitter.com/hlNM2NcOja

There was the small matter of Novak Djokovic taking the next step towards the calendar Grand Slam, coming from a set down to beat Matteo Berrettini 5-7, 6-2, 6-2, 6-3. He will face fourth seed Alexander Zverev, who beat Lloyd Harris of South Africa in three sets, in the semi-final. Sakkari was a 6-4 6-4 winner over Wimbledon runner-up Karolina Pliskova.

Ahhh final four feeling!! I can’t believe it. 😳Thank you all, see you out there tomorrow under the lights🌃 pic.twitter.com/AkHshFgrxH

Both women’s semi-finals take place at night on Arthur Ashe, with Raducanu second up at around 2am UK time after fellow teenager Leylah Fernandez takes on second seed Aryna Sabalenka. Earlier, Britain’s Joe Salisbury and Jamie Murray are in action in their respective men’s doubles semi-finals.