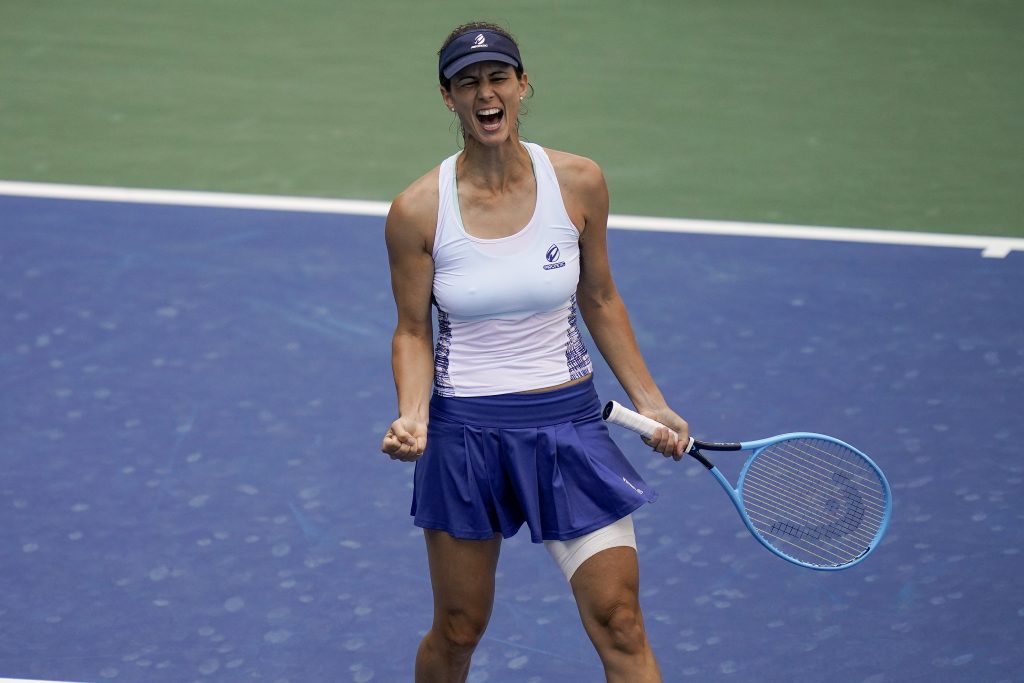 A look back on day eight at the US Open sees second seed progress to the quarter-finals of the US Open and Daniil Medvedev set up a Russian reunion.

On the women’s side, Serena Williams also made it to familiar territory, but second seed Sofia Kenin crashed out to Elise Mertens.

there’s casual and then there’s not realizing that the point is still live 😂 pic.twitter.com/BortXGEge6

Bruno Soares was waiting so long for an umpire’s call that did not come that he almost did not play the point in his men’s doubles quarter-final win with Mate Pavic against his former partner Jamie Murray and Neal Skupski.

This woman is unbelievable!

Serena Williams’ passage to a 53rd Grand Slam quarter-final takes her level with Martina Navratilova and just one behind the all-time leader Chris Evert.

🇧🇬 Tsvetana Pironkova is into the quarters of a Grand Slam after three years away from the sport.@TPironkova | #USOpen pic.twitter.com/royFjmuv79

There are comebacks and then there is Tsvetana Pironkova’s comeback. The 32-year-old is playing her first tournament since Wimbledon 2017 following her decision to come out of retirement after the birth of son Alexander.

There will be an all-Russian men’s quarter-final after third seed Daniil Medvedev set up a meeting with his long-time friend Andrey Rublev.

Medvedev, last year’s runner-up, was in imperious form, dropping just five games against Frances Tiafoe, while Rublev saw off Matteo Berrettini in four sets. The pair have been playing each other since they were seven-year-olds and are good friends.

It is the first instalment of quarter-finals day in the singles as Naomi Osaka takes on Shelby Rogers and Julia Brady is up against Yulia Putintseva in the women’s draw.

All eyes will be on Pablo Carreno Busta against Denis Shapovalov and Alexander Zverev against Borna Coric in the men’s. Britain’s last man standing, Joe Salisbury, is in the men’s doubles semi-final, with his partner Rajeev Ram.