US Open day five: Britons bow out in New York 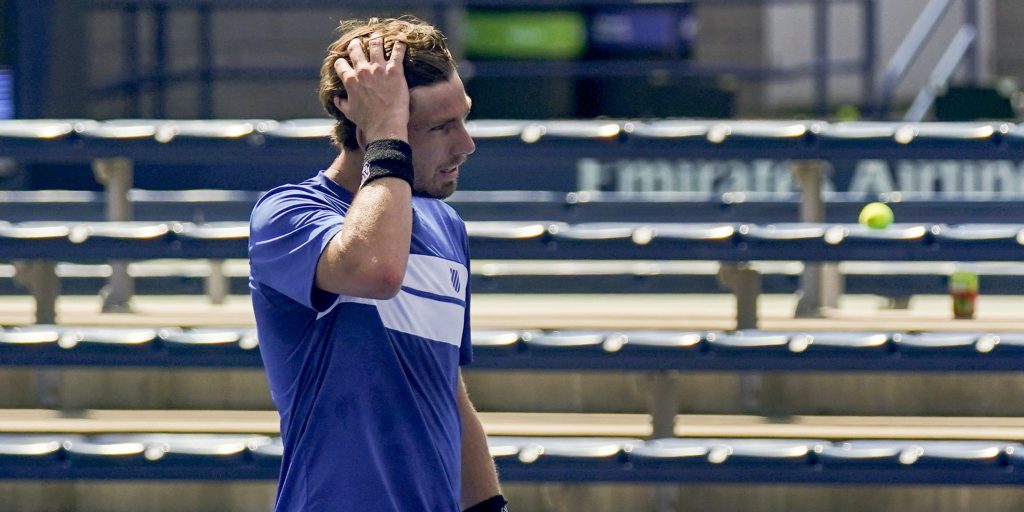 The British challenge in the US Open singles is over after Dan Evans and Cameron Norrie both lost.

Here we look back at day five at the US Open.

This point had it ALL 🔥@DjokerNole I #USOpen pic.twitter.com/MkTOwIV0Ou

There was nothing predictable about this rally between Novak Djokovic and Jan-Lennard Struff, apart from who won it perhaps.

To play or not to play

Getting better & better 💪 @AlexZverev continues his fine start to the 2020 #USOpen pic.twitter.com/z2IF5Wyl4d

The biggest story of the day was the third-round encounter between Adrian Mannarino and Alexander Zverev, which was delayed by three hours after health officials tried to stop Mannarino playing.

The Frenchman is one of the players who had been exposed to Benoit Paire, who tested positive for coronavirus on the eve of the tournament, and officials said he should have been quarantining in his hotel room. After plenty of to-ing and fro-ing the match eventually went ahead, with Zverev winning in four sets.

.@Petra_Kvitova reaches the fourth round of a Grand Slam for the 20th time.

Petra Kvitova’s consistency at the highest level over the last few years is highlighted by her impressive feat.

An all-American battle between Serena Williams and Sloane Stephens is the highlight of the day schedule on Arthur Ashe, while the night session sees former champion Marin Cilic take on second seed Domininc Thiem.

Jamie Murray is in doubles action with Neal Skupski, taking on Marcelo
Demoliner and Matwe Middelkoop.