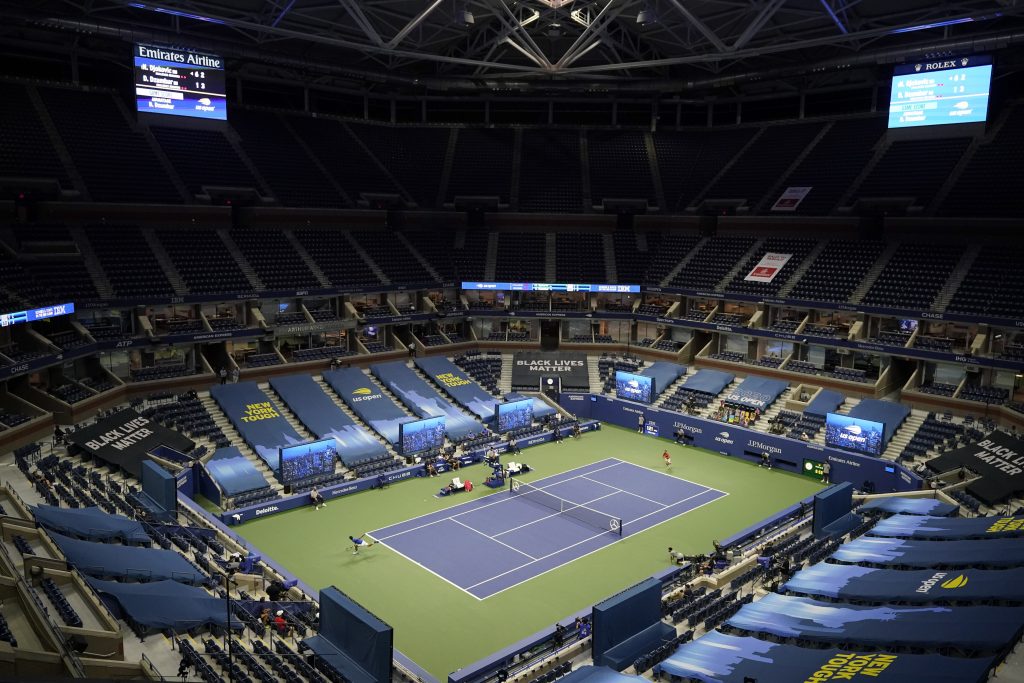 The 2020 US Open began on Monday behind closed doors due to the coronavirus pandemic and we give you the quick lowdown on the best bits and pieces.

Special measures included players having to fetch their own towels and automated line calls.

There was British success for Cameron Norrie and Kyle Edmund while top seeds Novak Djokovic and Karolina Pliskova cruised through to the second round.

Cameron Norrie’s five-set win over Diego Schwartzman featured an astonishing 58 break points, a record at the US Open.

Stick save and a beauty from 🇪🇸 Paula Badosa 🏒 pic.twitter.com/Mm00ehYfGS

Paula Badosa threaded one through the eye of a needle during her defeat by Anastasija Sevastova.

I owe Cam Norrie an apology. I saw he was two sets down, went to have a bath, do some work and I return to see the match is still live and we’re in a decider. This is what is so great about this sport. Expect the unexpected. Battles by true gladiators. @atptour #tennis #USOpen

World No 76 Norrie came from two sets down to stun ninth seed Schwartzman in a four-hour marathon.

“The towel resembles something special in my life. I used to have a towel when I was three, four years old and I would always carry it around. It was like my toy.” – Stefanos Tsitsipas gets nostalgic.

Andy Murray plays his first Grand Slam singles match since 2019 when he faces Yoshihito Nishioka of Japan while there is also an all-British clash to savour between Johanna Konta and Heather Watson.