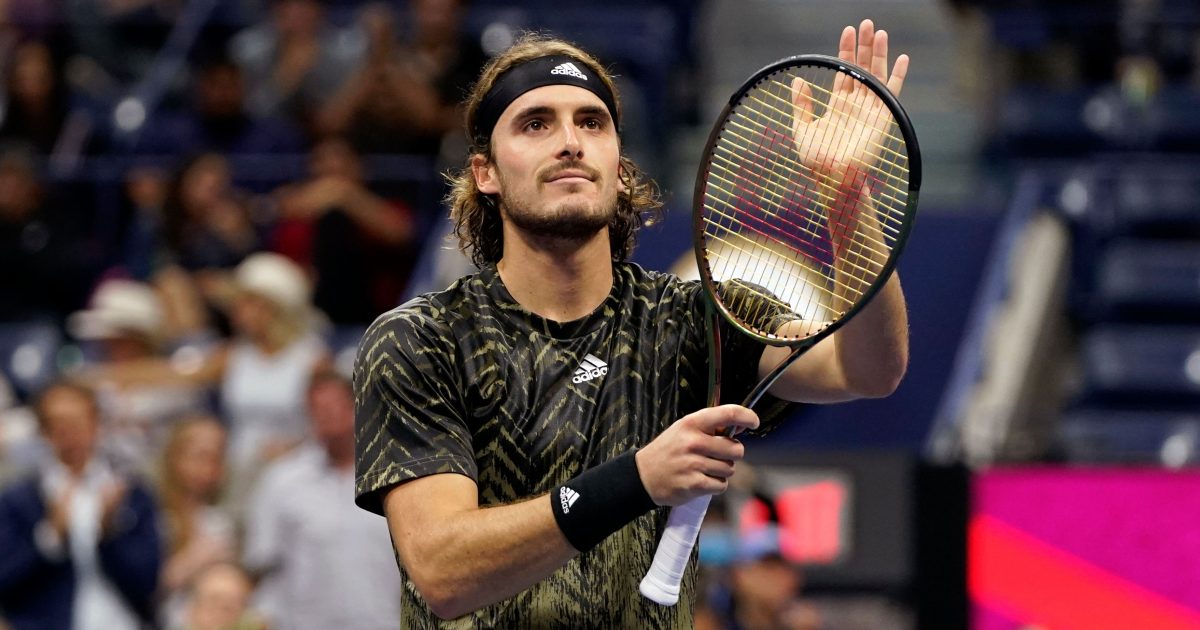 Stefanos Tsitsipas was flushed with success again at the US Open.

But he was jeered by the Arthur Ashe crowd following another long trip to the loo after dropping the third set.

Meanwhile, the torrential rain which interrupted play on the outside courts also halted one match under the roof and forced another to be cancelled.

Here, we look back at day three at the US Open.

Coach and pundit Darren Cahill was as baffled as the rest of us when rain halted play during the match between Kevin Anderson and Diego Schwartzman – despite it being played under the roof in the Louis Armstrong Stadium.

The match resumed on the adjacent Arthur Ashe Court at 11.45pm local time, with Schwartzman winning in three sets, while Angelique Kerber’s clash with Anhelina Kalinina, due on afterwards, was pushed back until Thursday.

A big scalp for the Dutchman, who bridged a gap of 106 places in the world rankings.

Evans dodged the rain to beat American Giron 6-4 7-6(3) 2-6 6-3 and book his place in the third round for the fourth time. He will face Australia’s Alexei Popyrin on Friday, and if you were to bet on tennis with Betway, the odds favour the Brit ever so slightly, but it should be a tough one to call.

Meanwhile, Emma Raducanu “has whatever it takes to become a Grand Slam champion”, according to Daniela Hantuchova with the Amazon Prime pundit saying she is “ahead” of fellow teenager Coco Gauff in terms of technical ability.

The 18-year-old Raducanu has enjoyed meteoric rise as she reached the fourth round at Wimbledon after being handed a wildcard entry for her maiden Grand Slam main draw. She then came through qualifying to book her place in the US Open.

The British youngster produced another mature display in the first-round at Flushing Meadows on Tuesday, beating veteran Stefanie Voegele 6-2, 6-3 to set up a clash against Zhang Shuai of China.

Novak Djokovic takes the next step on the road the the calendar grand slam when he faces Dutchman Tallon Griekspoor in round two, and will be a favourite with Betway, as he usually is.