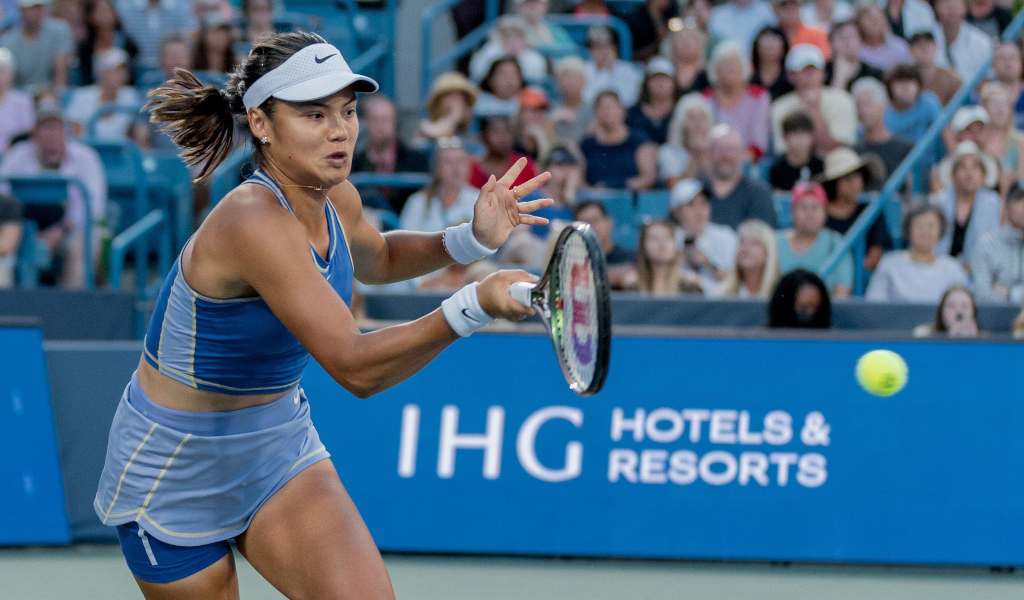 Emma Raducanu finds herself drawn amidst the biggest stars of the WTA Tour in the top half of the US Open draw.

Raducanu will open her tournament with a tough first round match against Alize Cornet of France in what will be the first ever professional meeting between the two ladies.

The British No 1 finds herself in a section that includes Naomi Osaka and Wimbledon champion Elena Rybakina, both of whom are potential third round opponents for Raducanu, should her title defence endure beyond the opening two rounds of the Major.

If seeding holds sway in her section, Raducanu will clash with sixth seed Aryna Sabalenka in the Round of 16.

Wildcard Venus Williams faces Belgian Alison Van Uytvanck in a first round match the former World No 1 should fancy her chances in although her potential second round match against Sabalenka could wind up being a step up that she can’t handle.

World No 1 Iga Swiatek holds the high road to the final as it were, as the top seed headlining a section with plenty of potential pitfalls for the French Open champion.

Swiatek will open her US Open campaign against Jasmine Paolini of Italy and should she progress could set a rematch against her Cincinnati Masters second round opponent Sloane Stephens.

The Pole dispatched Stephens in straight sets in Mason, but that clash wasn’t as straightforward as the scoreline suggests and quick rematch could give the American a shot at redemption and lift hopes of a home winner.

A match that has the potential to be a real barn burner, is the first round clash between 16th seed Jelena Ostapenko and rising Chinese star Zheng Qinwen which is bracketed at the bottom of the first section.

At the very top of the bottom half of the draw sits Simona Halep who will learn her opponent after the qualifying tournament.

The Romanian finds herself in a section with a number of players who could produce a deep run.

Big-serving Jill Teichmann is one of those while home hopes Madison Keys and Coco Gauff are on course for a third round meeting in the fifth section.

British hope Harriet Dart faces Russian No 1 Daria Kasatkina in the opening round in a section 7 headlined by Tunisian trailblazer Ons Jabeur.

If Serena Williams is to go deep she will need to progress from a tough bottom section.

Williams starts her swansong against Danka Kovinić but could face World No 2 Anett Kontaveit in the second round.

The 2021 US Open runner-up Leylah Fernandez is at the top of the eighth section and will begin her campaign against France’s Océane Dodin.