‘When it’s my last, I’ll let you know,’ says Venus Williams as she vows to return to Wimbledon 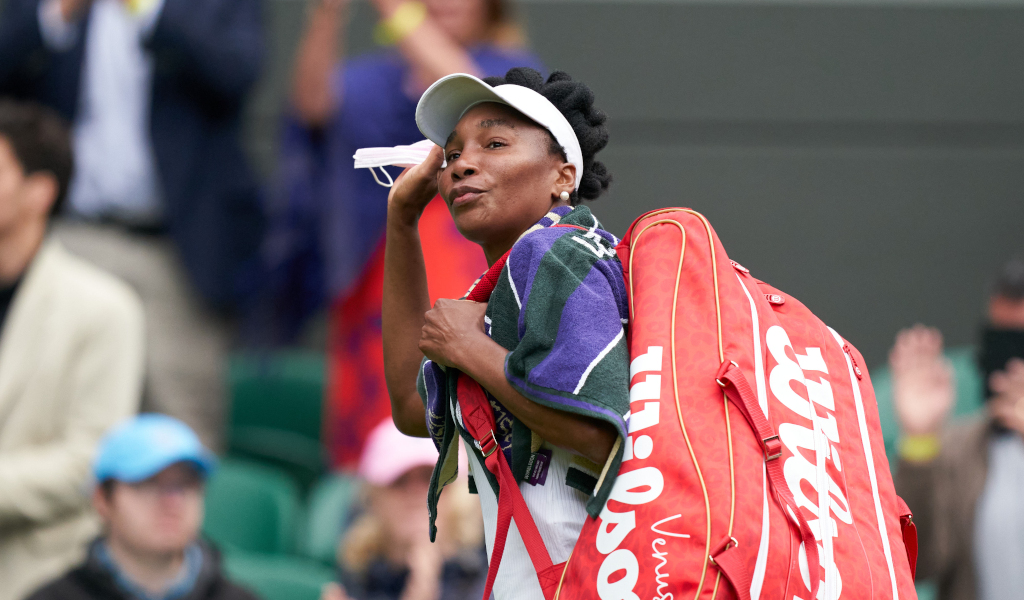 Five-time champion Venus Williams insists her Wimbledon journey is not over after she bowed out in the second round.

Given her age and declining results, the senior Williams sister is continually asked about her future and was again pressed on whether she would be back next year.

“Of course, it’s incredible any time you get to play here,” she said. “It just never gets old. Yeah, definitely not my best day. Maybe a few too many errors. But I think a lot of it was how she played.”

Asked whether she wants to return in 2022, she said: “Of course. Who wouldn’t want to be at Wimbledon? Lots of people want to be here.

“Yeah, when it’s my last, I’ll let you know. I’ll give you a little whisper in your ear.”

Williams’ sister Serena had to pull out on Tuesday after suffering an injury after slipping in her first-round match.

“I absolutely couldn’t watch. It was too much,” the older sister said. “I just couldn’t watch it. I know exactly what that feels like when, you know, all your faculties are taken away, things you work hard for and earn, and suddenly life happens.

“It was too much for me to watch.

“I think she’s doing the best you can when you get hurt. It’s awful. It sucks.”