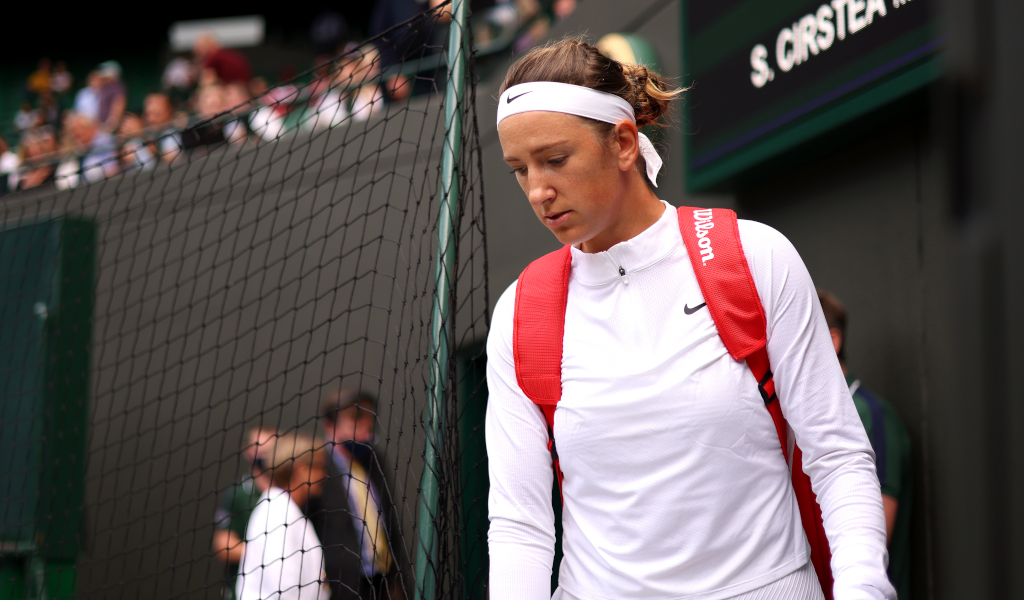 Victoria Azarenka was in no mood to discuss her Wimbledon exit, delivering a 13-word press conference.

However, it was clear she was only there out of necessity, offering no answers of substance to three questions.

What a win for @sorana_cirstea 👏 🇷🇴

The Romanian defeats Victoria Azarenka to advance to the third round, matching her best run at #Wimbledon pic.twitter.com/YSf1HPkds7

Asked first up whether she wanted to give her thoughts on the match, the two-time Wimbledon semi-finalist replied: “Not really.”

The next hopeful journalist then tried to get her to open up on her performance, which got a response of: “I need some more time to assess this.”

Changing tack, she was then asked about Cirstea, with the journalist suggesting she is a difficult opponent, but Azarenka did not elaborate and curtly said: “Yeah, she is.”

The moderator then stepped in to end the press conference.