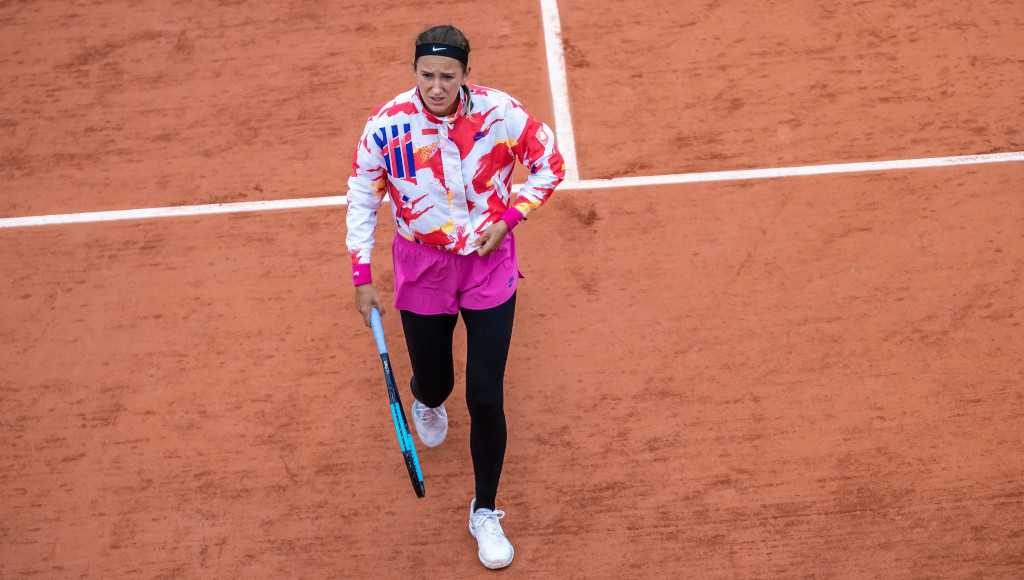 Victoria Azarenka staged a mid-match revolt over miserable weather conditions at the French Open before surging into the second round.

The US Open finalist began her first-round contest against Danka Kovinic wearing a jacket as rain fell and a cold wind swirled around Court Suzanne Lenglen.

After three games, Azarenka had had enough, and she told supervisor Clare Wood in no uncertain terms that she was not prepared to wait on court to see if conditions improved.

Azarenka said: “You guys are joking. What are we doing here? I’m down to play whatever, you know I’m not complaining, but this is getting a little bit ridiculous.

“I’m not sitting here because I’m going to get frozen. It’s eight degrees. I live in Florida. I’m used to hot weather.”

After checking that Kovinic was in agreement and receiving the desired answer, Azarenka remarked: “It’s too cold. What’s the point? Sitting here like ducks.”

Pulling a pink puffer jacket over her other jacket, Azarenka put her rackets into her bag and walked off despite play continuing on all but one of the other courts.

The players returned around 45 minutes later when the rain eased off and Azarenka lost just two more games in a 6-1, 6-2 victory.

Speaking at her post-match press conference, the Belarusian 10th seed said: “I think it’s very tricky at the moment to have these conditions. So definitely I’m not going to sit here and complain, but sometimes I think there are smarter ways to handle situations.”

The French Open drew ire from the rest of the tennis world after unilaterally announcing in March that the tournament would move from the spring to the autumn.

Erm, 24 minutes into the autumn French Open and… 🥶

Azarenka cited a lack of communication and discussion as her biggest bugbears, saying: “Right now I try to focus on what I can do on the court, not what sucks or what is bothering everybody.

“I think after the tournament there should be some real good feedback and explanations and conversations with players, that’s for a fact.”

Sixteenth seed Elise Mertens was also unhappy with the conditions for her clash with Margarita Gasparyan on Court Simonne Mathieu.

The players refused to start at the appointed time and then walked off again in the third game because of slippery conditions before Mertens eventually won 6-2 6-3.

Top seed and title favourite Simona Halep had the luxury of a roof on Court Philippe Chatrier but trailed Sara Sorribes Tormo 4-2 in the opening set before recovering impressively to win 6-4, 6-0 on her 29th birthday.