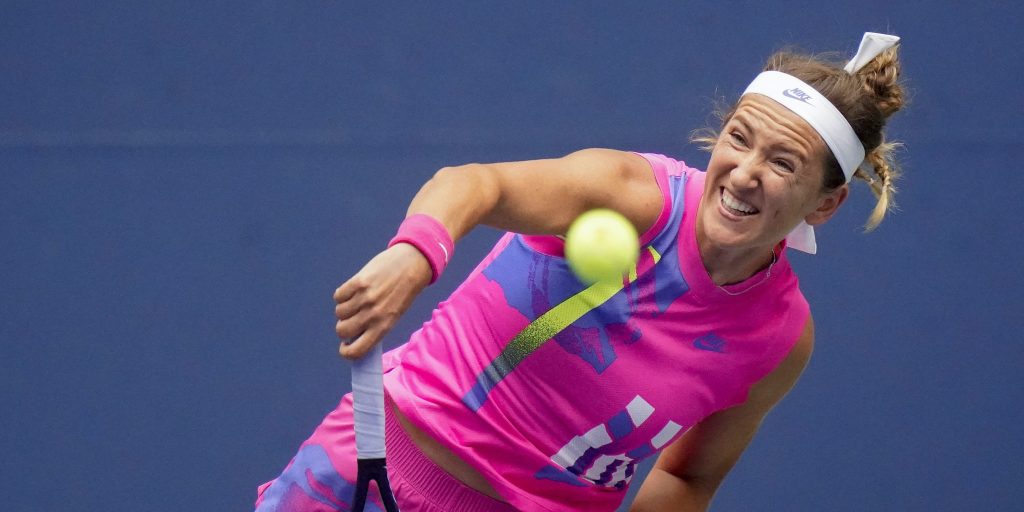 Victoria Azarenka followed up her US Open final appearance by reaching the quarter-finals of the Italian Open after opponent Daria Kasatkina was forced to retire in tears.

Azarenka crushed Australian Open champion Sofia Kenin 6-0, 6-0 on Thursday but had been engaged in a close battle with Kasatkina when the Russian went over on her ankle during the first-set tie-break.

Azarenka immediately rushed to her opponent’s aid and then kissed Kasatkina on the head as she sat disconsolately in her chair.

“I’m really sad for Daria, because we were playing such great tennis,” said Azarenka.

“I felt that it was such a great fight. She’s such a talented player that I felt like is always on the verge of that breakthrough where she’s going to pick it up. I felt like this was maybe closer to being her moment. So it’s very unfortunate that she has an injury.”

In the last eight, Azarenka will take on ninth seed Garbine Muguruza, who was a 6-4 6-1 winner over Johanna Konta.

Top seed Simona Halep lost the first three games of her clash with Dayana Yastremska but recovered to win 7-5, 6-4.