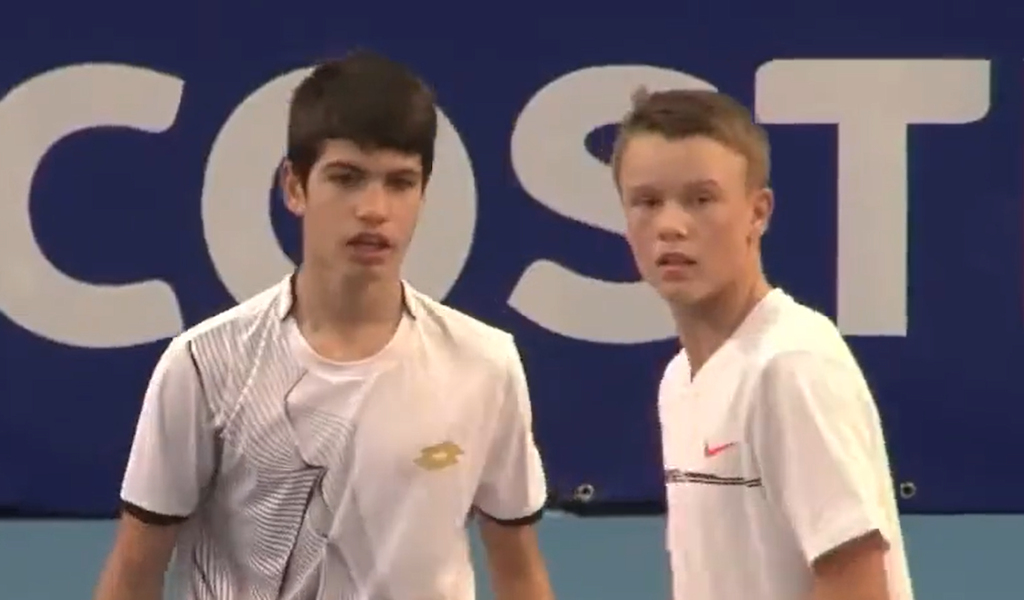 Carlos Alcaraz and Holger Rune will meet in the quarter-final of the Paris Masters on Friday in what will be their second meeting top-level meeting, but they the two young guns go back a long way.

Back in 2017 the pair played in the doubles at the Les Petits As – Le Mondial Lacoste (a junior tournament for players 14 and under).

The who’s who of the tennis world have all played in the event during their younger days as the likes of Rafael Nadal, Novak Djokovic, Roger Federer, Andy Murray, Martina Hingis, Kim Clijsters and Iga Swiatek are all in the Hall of Fame.

Five years ago 13-year-olds Alcaraz and Rune teamed up and claimed a 6-3, 6-2 victory over Danilo Raičević and Lovre Erceg in the second-round of the prestigious under-age event.

Alcaraz has since risen to the top of tennis as in September he won the US Open and his win over Casper Ruud also earned him the world No 1 ranking.

Rune, meanwhile, is sitting at a career-high No 18 in the ATP Rankings after winning the Stockholm Open a fortnight ago. The Dane also finished runner-up at the Sofia Open and Swiss Indoors.

Friday’s meeting will be their first since Alcaraz won their Next Gen ATP Finals encounter at the end of the 2021 season. The Spaniard, though, is yet to hit top gear again after winning the US Open as he lost in the first round of the Astana Open and in the semi-final of the Swiss Indoors.

The Dane, who has won 18 of his last 20 indoor matches, is excited about facing the top seed, but believes he will be the “underdog” in Paris Bercy.

“It will be an exciting match. He’s playing insanely well and is the best in the world right now, so I’m the underdog,” he told Denmark’s TV2. “But I’m looking forward to playing him and getting out on court and having fun.”

He added in his post-match press conference: “These are the kind of matches you want. To play the world No 1 on one of the biggest courts like this is going to be amazing. It’s why you work each day, why you grind.

“I have to find my best level. Alcaraz is the world No 1, a super player, I’m super excited to see where I am at.”

The match is scheduled to get underway at 14:30 GMT and the winner will face either Felix Auger-Aliassime or Frances Tiafoe in the semi-final.

READ MORE: Stan Wawrinka admonishes Holger Rune after defeat: ‘My advice to you is that you stop acting like a baby on court’