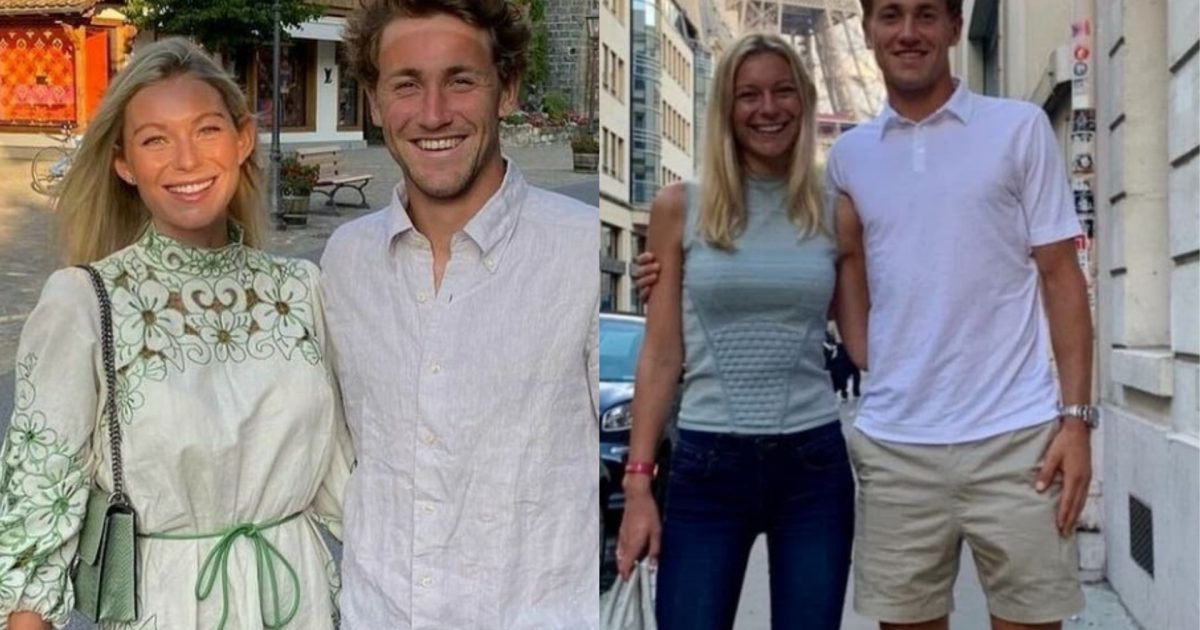 Casper Ruud has overtaken his father Christian as the most prominent tennis star to come out of Norway but who is the special person in his life, Maria Galligani?

Maria Galligani has been spotted in Ruud’s player box time and again with their relationship now approaching its fifth year.

Ruud and Galligani started dating back in 2018, when Ruud was little more than a promising NextGen player.

Galligani has been by his side during a meteoric rise for Ruud with the young Norwegians having met as teenagers.

Both Ruud and Galligani are natives of the capital city of Norway, Oslo.

The Osloborger’s share a residence in the famous city although Ruud doesn’t get to spend much time in the city of his birth.

Ruud has often shared sweet tributes to his girlfriend but the couple don’t share much of their lives together with the wider public.

Galligani is no influencer and shuns the world of shameless self promotion that is any degree of social media fame.

Instead Galligani has been focused on her career and studies.

She completed her initial education at Stabekk High School in the suburb of the same name West of Oslo.

Galligani graduated from Oslo Nye Høyskole (Oslo New University College) with a degree in psychology back in 2020 and has continued her education.

In 2022 she was granted a master’s degree in psychology from the University of Southern Denmark.

Her working background isn’t entirely divorced from the arena that Ruud finds himself in.

Galligani has also worked for sports nutrition company Sunn Idrett as an intern.

She has a passion for addressing issues surrounding eating disorders and has also volunteered for Villa SULT Institutt for Spiseforstyrrelser.

The couple made their relationship public in November 2018 at the end of the first fully professional season for Ruud.

Ruud shared a picture with Gallegani shortly after the couple had take trips to London and Paris.

The couple do not have any children and there has been no indication of whether or not they are considering marriage.

Bajas joined the Ruud-Galligani family in 2020 having been adopted through a rescue agency.