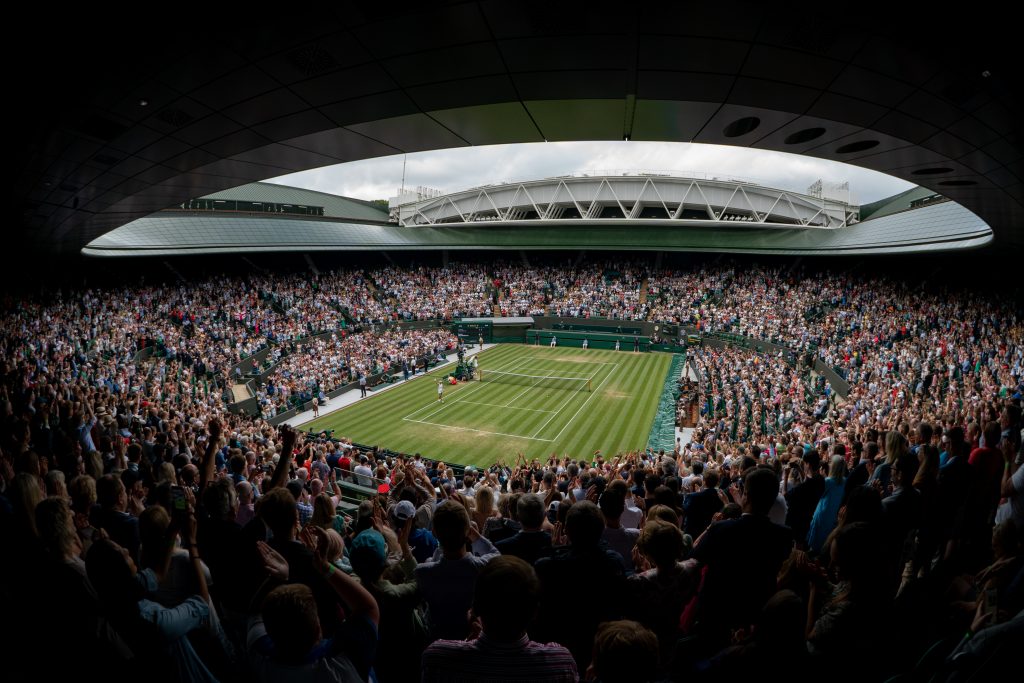 Wimbledon’s Centre Court is the only one of the four main Grand Slam show courts that continues to see more men’s matches than women’s, analysis by the PA news agency reveals.

None of the previous 10 Wimbledons have seen an equal number of men’s and women’s singles matches on Centre Court, averaging 55 per cent on the men’s side.

This compares with 50 per cent on Court Philippe Chatrier at the French Open, 46 per cent in New York’s Arthur Ashe Stadium and 44 per cent in Australia’s Rod Laver Arena.

The Australian and French Opens both scheduled more women’s matches on their main show court than men’s in 2022, as did the US Open in 2021.

An All England Club spokesperson told PA: “The scheduling of the order of play each day at The Championships is a complex operation.

“We take great care when scheduling matches and allocating courts. All decisions are made with fairness and the best interests of the tournament, players, spectators and our worldwide broadcast audience at heart.

“There are unique challenges posed by being a grass-court tournament given the need to maintain the integrity of the living surface across a 14-day Championships. This limits us to a certain number of matches per day. In 2021, across Centre and Number One Courts, we were proud to achieve an even gender balance of matches across the fortnight.”

Serena Williams, a seven-time Wimbledon champion, has played a lower proportion of her matches on Centre Court in the last 10 tournaments than the top male players.

At each of the other three Grand Slams, Williams has played a higher percentage of her matches on the main show court than at least one of Nadal, Djokovic or Federer.

During the last 10 Wimbledons, none of the other leading women’s players have seen more than half of their matches scheduled on Centre Court.

The 2018 winner Angelique Kerber ranks second to Williams for number of matches over the period, with 43, but just 15 of them (35 per cent) have taken place on the main show court.

The next generation, including Britain’s US Open champion Emma Raducanu, could instigate a change.

World number one Iga Swiatek will grace Centre Court for the first time when she opens this year’s tournament while her French Open final opponent, 18-year-old American Coco Gauff, played three matches there in a run to the fourth round in 2021.

All four Grand Slams are guilty of reserving their featured evening matches for male players.

The figures exclude semi-finals and finals, which are played on days with reduced schedules at the end of the tournament.

Schedules vary at the other Grand Slams, with play across two sessions and finishing later than at Wimbledon, but matches up first or second are disproportionately likely to be on the women’s side while the later matches are predominantly played by men.

Mauresmo, a former WTA player, had suggested that men’s matches provided “more attraction” for fans, although she later apologised and said her comments were taken out of context.

What changes can we expect this year?

Wimbledon has abandoned its traditional rest day on the middle Sunday this year, bringing it in line with the other slams with play on 14 consecutive days and fourth-round matches taking place across two days rather than one.

In each of the previous 10 tournaments, organisers have put two men’s matches on Centre Court on ‘Manic Monday’, compared with one women’s.

Centre Court remains the only Grand Slam show court that is yet to see a wheelchair match.

This is despite plenty of British interest from the likes of Gordon Reid, Alfie Hewett and Jordanne Whiley – all multiple major winners in singles and doubles.

Previous wheelchair finals have mainly taken place on Court 3, with the ladies’ singles final played on Court 1 in 2021.