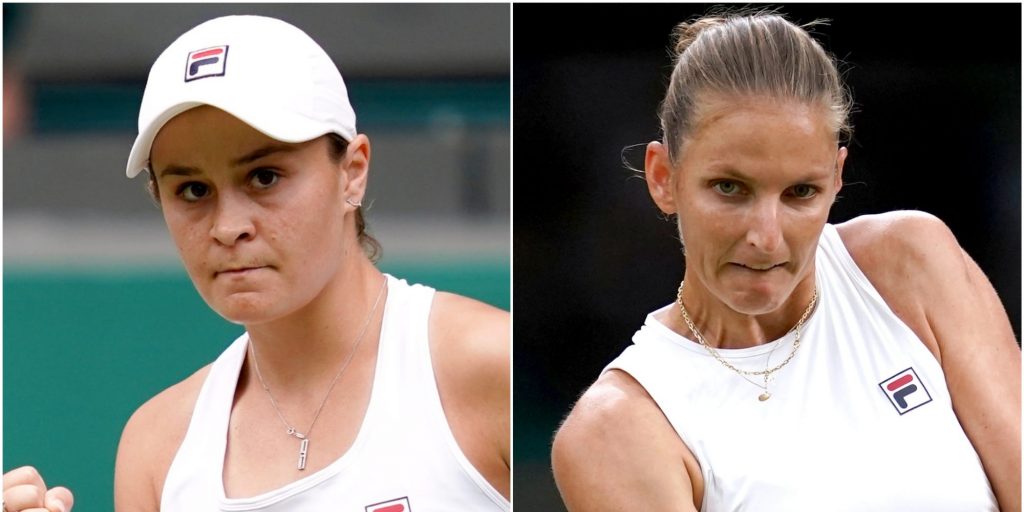 There will be a new women’s champion at Wimbledon on Saturday as Ashleigh Barty takes on Karolina Pliskova.

World No 1 Barty is hoping to win a second major title, having been champion at the French Open, while Pliskova is into her second Grand Slam final.

Another title 10 years on?

Ashleigh Barty is bidding to become the 1st No.1 seed to win #Wimbledon since Serena Williams in 2016.

Barty is aiming to become just the fourth player to win the junior title and the main women’s crown at Wimbledon. It is 10 years since she won the girl’s title as a 15-year-old and a lot has happened in that decade. She is the top seed and hopes to follow in the footsteps of Ann Jones, Martina Hingis, Amelie Mauresmo by backing up her junior success.

No one is more surprised than Pliskova that she made it to the Wimbledon final. The former world number one said her pre-tournament goal was just to make the second week after a poor couple of years at the major events. But her game is suited to grass, with a big serve and power from the baseline so perhaps it was only a matter of time until she came good. She has one previous Grand Slam final to her name, at the US Open in 2016 when she lost to Angelique Kerber.

Barty has the edge against Pliskova in their previous battles, having won five of seven meetings. Their most recent one came in the spring at the Stuttgart Open when the Australian came from behind to win 2-6 6-1 7-5 on the German clay. They have one win each on grass, with Pliskova winning in 2016 on her way to the Nottingham Open title.