Roger Federer gets ready to play at Wimbledon in the fourth different decade on day two at the All England Club.

The Swiss great, an eight-time winner of the tournament in SW19, faces Adrian Mannarino on Centre Court with number two seed Daniil Medvedev also in action on the second day along with Ash Barty and Serena Williams.

Here, we look ahead to day two. 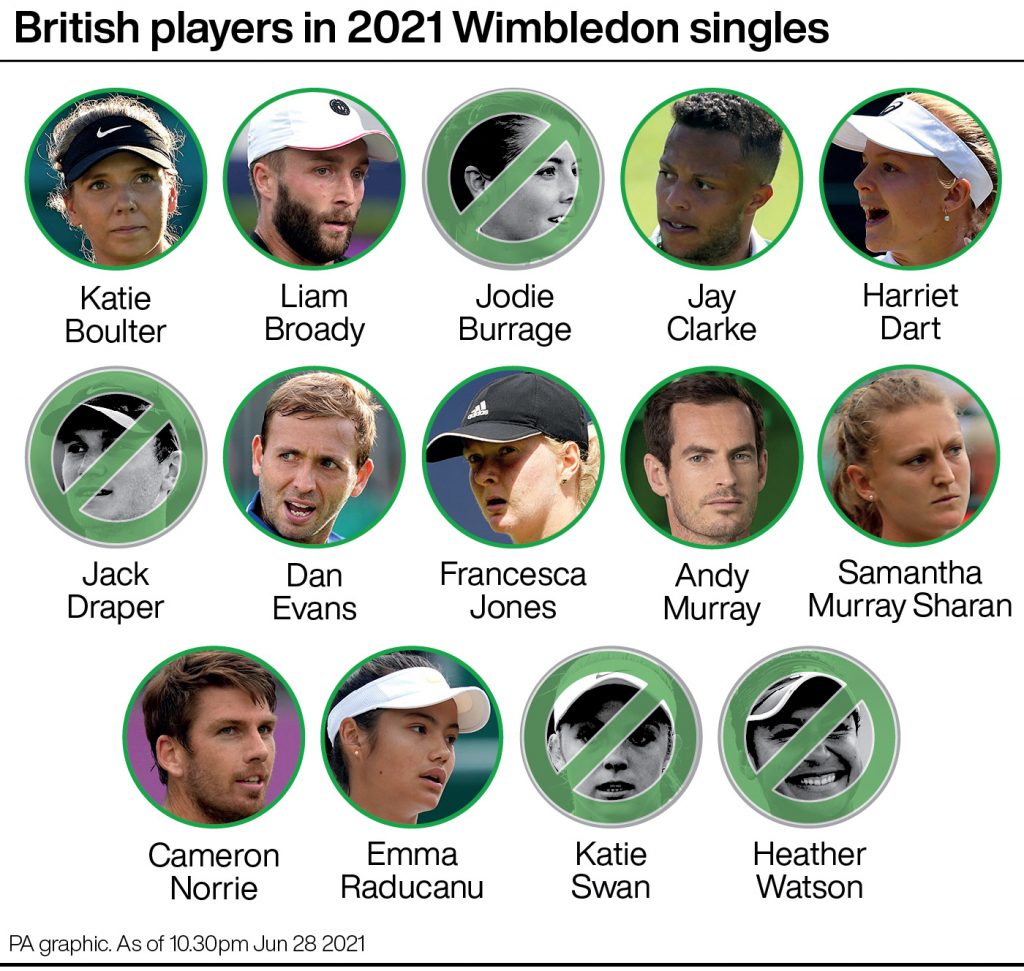 A delayed start to action on the outside courts on day one saw the matches of Dan Evans and Harriet Dart moved back to the second day at All England Club. They join Queen’s Club finalist Cameron Norrie and Francesca Jones in the line-up for Tuesday looking to continue flying the flag for Great Britain.

Day one saw Andy Murray roll back the years to stun 24th seed Nikoloz Basilashvili in four sets at Centre Court. After throwing away a 5-0 lead in the third, the two-time Wimbledon winner eventually progressed after securing a first victory at the tournament since 2017.

World No 1 Barty will be on Centre Court but may not have the backing of the crowd with Carla Suarez Navarro potentially playing her last match at Wimbledon. The Spaniard will retire at the end of the season after recently recovering from cancer in April.

On the day England face Germany in the last 16 of Euro 2020 across the city at Wembley, three Germans are set to play on Court One. Fourth seed Alex Zverev starts the action against Tallon Griekspoor before Angelique Kerber, seeded 25, goes up against Nina Stojanovic and the play concludes with Jan-Lennard Struff aiming to upset second seed Medvedev.