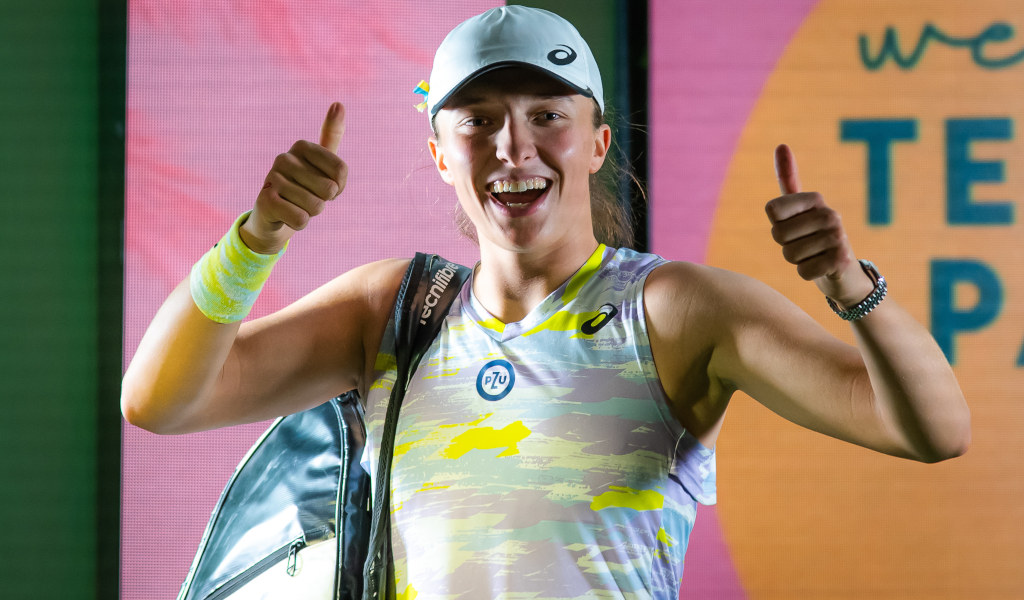 The team names and player draws for the inaugural World Tennis League have been confirmed with Novak Djokovic headlining The Falcons and Iga Swiatek playing for The Kites.

The new innovative exhibition league will take place in Dubai from 19-24 December.

The tournament features male and female players on the ATP and WTA Tours who are drawn into teams of four with the event starting off as a round-robin competition and the top two teams will contest the final.

21-time Grand Slam winner Djokovic was the men’s headline act signing up for the tournament while world No 1 Swiatek is the leading women’s player.

They won’t be on the same team, though, with Djokovic joined by Grigor Dimitrov, Aryna Sabalenka and Paula Badosa in The Falcons.

The one and only @djokernole is looking forward to the competition at the World Tennis League.⁣Are you as excited to see the best male and female players join a team and compete against each other?⁣
Don’t forget to pre-register for tickets. #WTL #worldtennisleague pic.twitter.com/NBT6DGR679

“I like it most when tennis connects people and when it’s true entertainment,” Swiatek said at the launch.

“When it’s combined with a great show and music, it’s even better, so that’s the reason why I’m excited to join this year’s World Tennis League. I’m happy that together with other top players we’ll introduce tennis as fun to new audiences. I can’t wait.”

Alexander Zverev, who is set to make his return next month following several months on the sidelines, is in The Hawks alongside 2020 US Open champion Dominic Thiem, reigning Wimbledon champion Elena Rybakina and Anett Konteveit.

“I love the team atmosphere. That’s why I am coming to play the WTL. It’s gonna be big,” Kyrgios said.