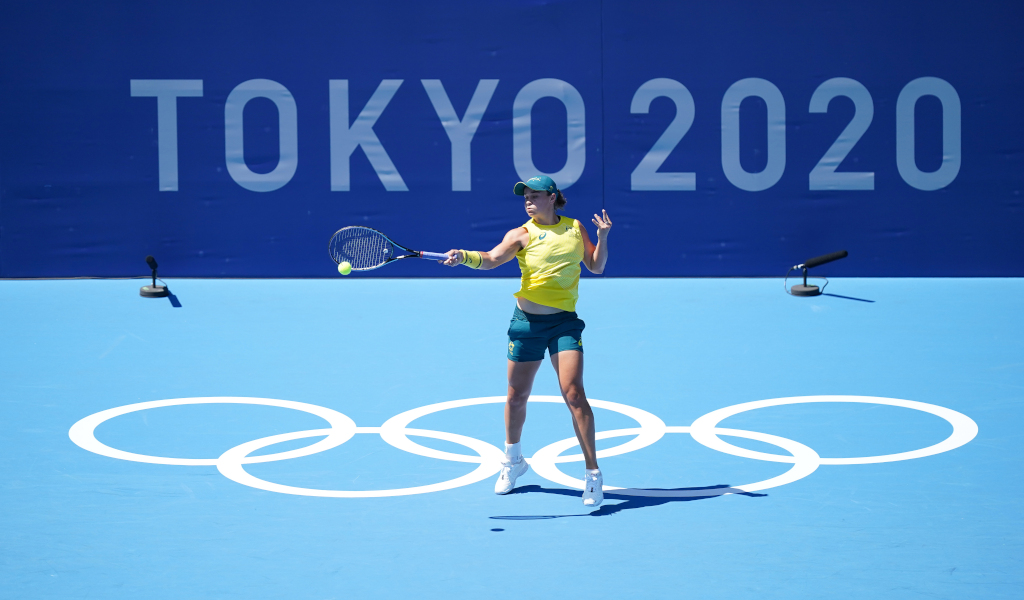 “It wasn’t meant to be” for Ashleigh Barty in the singles at the Tokyo Olympics as the Australian fell at the first hurdle, losing Sara Sorribes Tormo from Spain.

Just a fortnight after winning her maiden Wimbledon trophy, Barty produced a “loose” and “erratic” performance in the first round of the 2020 Games as she went down against the world No 48.

Barty made 55 unforced errors and found herself behind as early as game three as the Spaniard took charge. A second break in game five gave Sorribes Tormo some breathing space, and she needed it as the two-time Grand Slam winner got one break back.

The world No 1 did not improve in the second set as she was broken three times.

“It was a tough day, a disappointing day. I can’t lie about that. It was just loose,” Barty told Seven Network.

“I knew I wanted to try and take the match on today and it was going to be a fine line of pushing too hard and not getting stuck into patterns I didn’t want to get stuck in. [I was] just too erratic today, I wasn’t able to make enough balls.

“Yeah, [the heat] is brutal, but this is like an Australian summer for me. I quite enjoy the heat. I love playing out here in these kind of conditions, but it wasn’t meant to be today.”

It was a good day for Spain as Carla Suarez Navarro, who is retiring at the end of this year, beat Ons Jabeur from Tunisia 6-4, 6-1.

Third seed Aryna Sabalenka also advanced as the Belarusian beat Magda Linette from Poland 6-2, 6-1 while fourth seed Elina Svitolina had to battle for her win as she beat Germany’s Laura Siegemund 6-3, 5-7, 6-4.