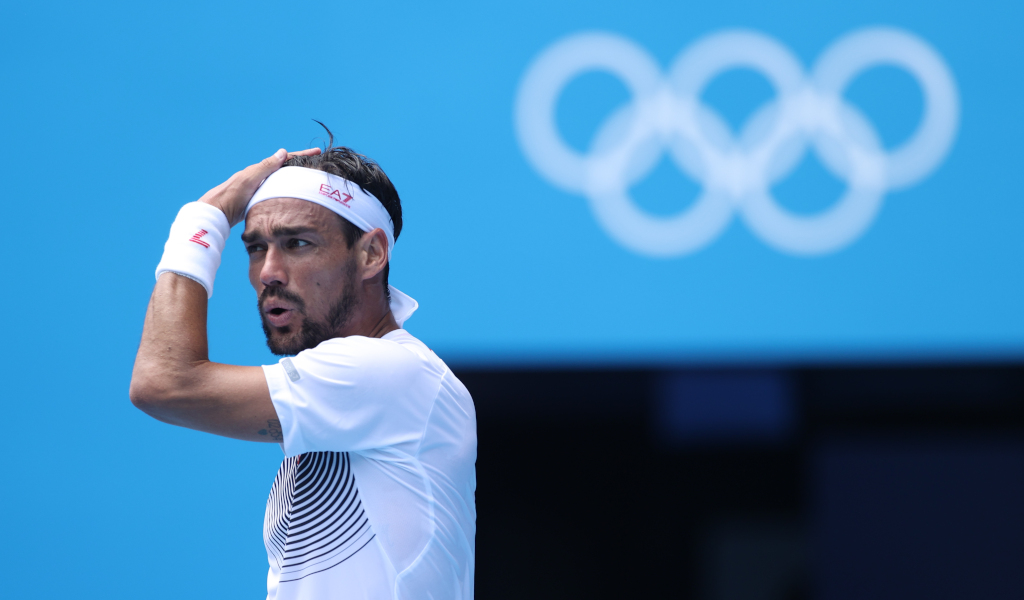 Fabio Fognini has taken to social media to apologise for using a homophobic slur during his defeat against Daniil Medvedev in the singles at the Tokyo Olympics, saying the “heat went to my head”.

The Italian took on second seed Medvedev in extreme conditions at Ariake Tennis Park on Wednesday, going down 6-2, 3-6, 6-2 against the Russian.

Fognini, though, repeatedly berated himself by shouting “frocio” – a well-known Italian homophobic slur – during the match.

Specifically, Fognini berated himself by repeatedly calling himself “frocio” (an Italian homophobic slur) for missing a return.pic.twitter.com/kfmnsN1Hf4

After the match he apologised to the LGBT community for using “a really stupid expression towards myself”.

“The heat went to my head!” he wrote in an Instagram Story. “In today’s match I used a really stupid expression towards myself. Obviously I didn’t want to offend anyone’s sensibilities.

“I love the LGBT community and I apologise for the nonsense that came out of me.”